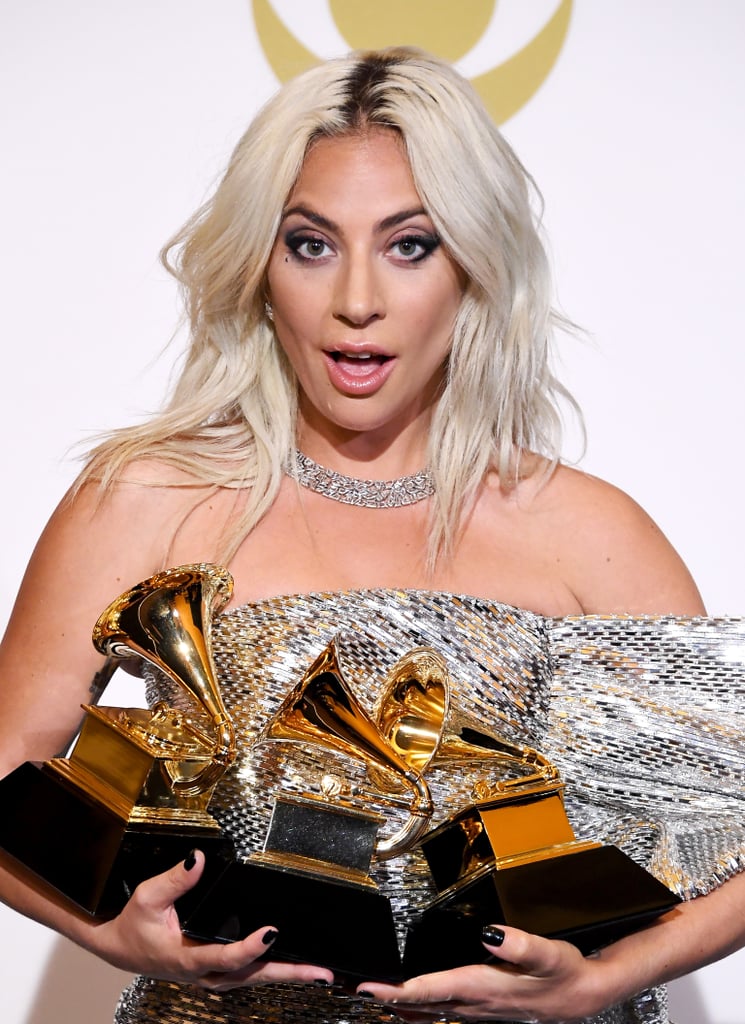 Lady Gaga is in her element. After previously attending the Golden Globes, Critics' Choice Awards, and Screen Actors Guild Awards for A Star Is Born's award season run, she reunited with the music industry at the 2019 Grammys on Feb. 10. In addition to performing at the award show, Gaga received five nominations this year, including record of the year for "Shallow."

In a very casual turn of events, Gaga won two awards before even hitting the red carpet. "Shallow" earned her the award for best song written for visual media, while she also nabbed the best pop solo performance award for her recent piano reimagining of 2016's "Joanne." In true fashion, Gaga shared a few emotional tweets following her early wins. "I'm not gonna be able to wear any makeup tonight," she said. "I'm in tears with honor and gratitude." Once the show got started, Gaga tearfully accepted the award for best pop duo/group performance. Hang in there, Gaga — there's still the Oscars! See highlights from her exciting evening ahead.

Related:
Here's How Many Grammys Lady Gaga Has — Including Her 2019 Wins!
Previous Next Start Slideshow
Lady GagaRed CarpetGrammy AwardsAward Season