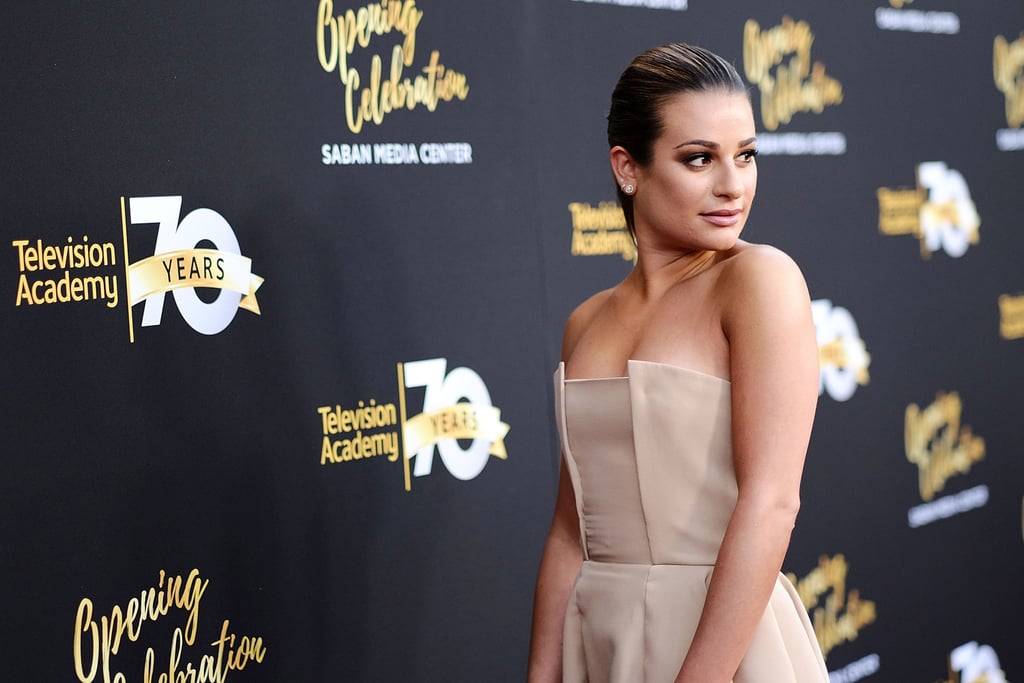 Lea Michele is fresh off her enviable vacation in Hawaii and she's already back to lighting up red carpets. On Thursday, the actress stepped out rocking her postvacation glow at the Television Academy's 70th Anniversary Gala in LA. While Lea didn't have her new man Robert Buckley by her side, she surely held her own. Plus, given the fact that we saw so much of her lovely romance with Matthew Paetz, we can bank on plenty of Robert moments in the months to come.