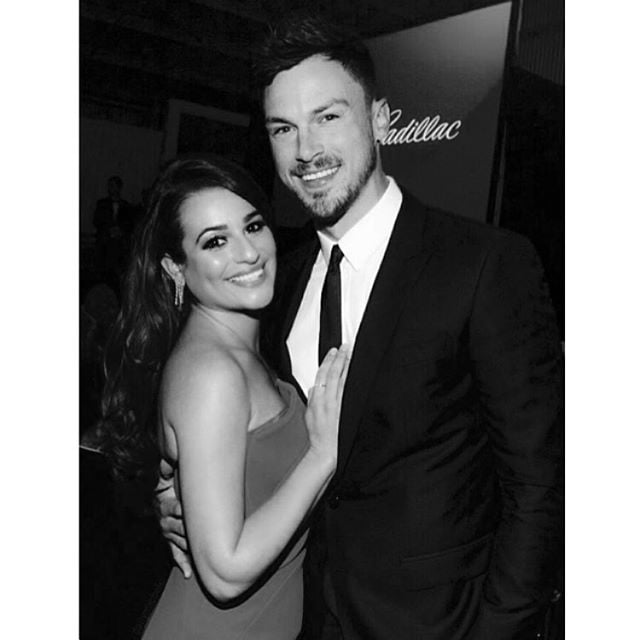 The Way They Were: A Look Back at Lea Michele and Matthew Paetz's Romance

It was confirmed on Monday that Lea Michele and her boyfriend of nearly two years, Matthew Paetz, have broken up. The sad news came as a shock to the Scream Queens star's fans, as the pair, who started dating in 2014 after he starred in her music video for "On My Way," seemed to just keep falling more in love by the day. Lea frequently posted adorable photos of her and Matthew on Instagram throughout their romance, including snaps of them hanging with her parents, working up a sweat, and indulging in some junk food. The couple also attended numerous events together and often got cozy for photographers on the red carpet.

What makes the breakup even more heartbreaking is that Lea's fans loved seeing her so happy after the tragic death of her boyfriend Cory Monteith in July 2013. She honored the late actor earlier this year by taking home his character's football jersey as a memento when Glee wrapped its final episode in February. Keep reading to look back on the way Lea and Matthew were together.