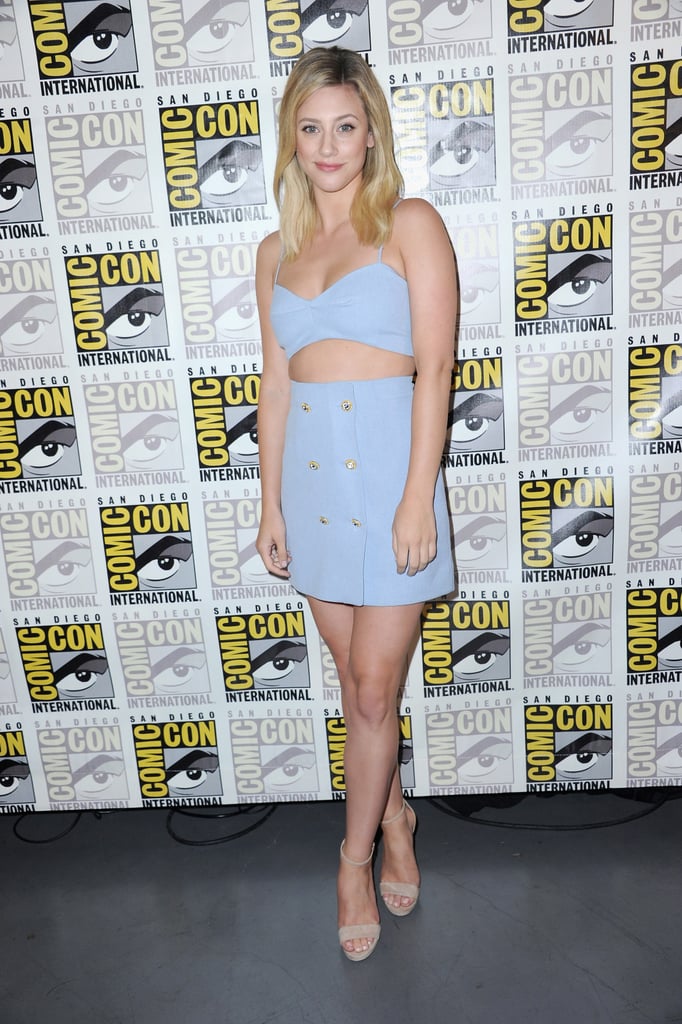 Lili Reinhart has opened up about her struggles with anxiety and mental health, and in a recent interview with Variety, she got particularly candid. In addition to speaking out about depression and body dysmorphia, the Riverdale star revealed that she looked up to Demi Lovato growing up — the way that many young fans likely look up to Lili now.

"I definitely looked up to Demi Lovato," Lili said. "I remember her as being the first person [I heard] talk about depression and growing up with an eating disorder. I personally have not had an eating disorder, but her openness and honesty about her mental health was really cool to me. I was like, 'Oh, that's how I feel!' She's famous and beautiful and has money, and it's strange to think that she could still feel that way too."

She continued to say, "It was just an awareness that [depression] can affect anyone of any gender, any race, any age, no matter how much money you make or how famous you are. It's just something you were born with, and you can get past it. It doesn't have to define you, or make you [feel] any less of a person."

Demi Lovato has never shied away from sharing her own personal struggles, especially in her documentary Simply Complicated. Young fans of both Demi and Lili are lucky to have such genuine, honest women to listen to and learn from.