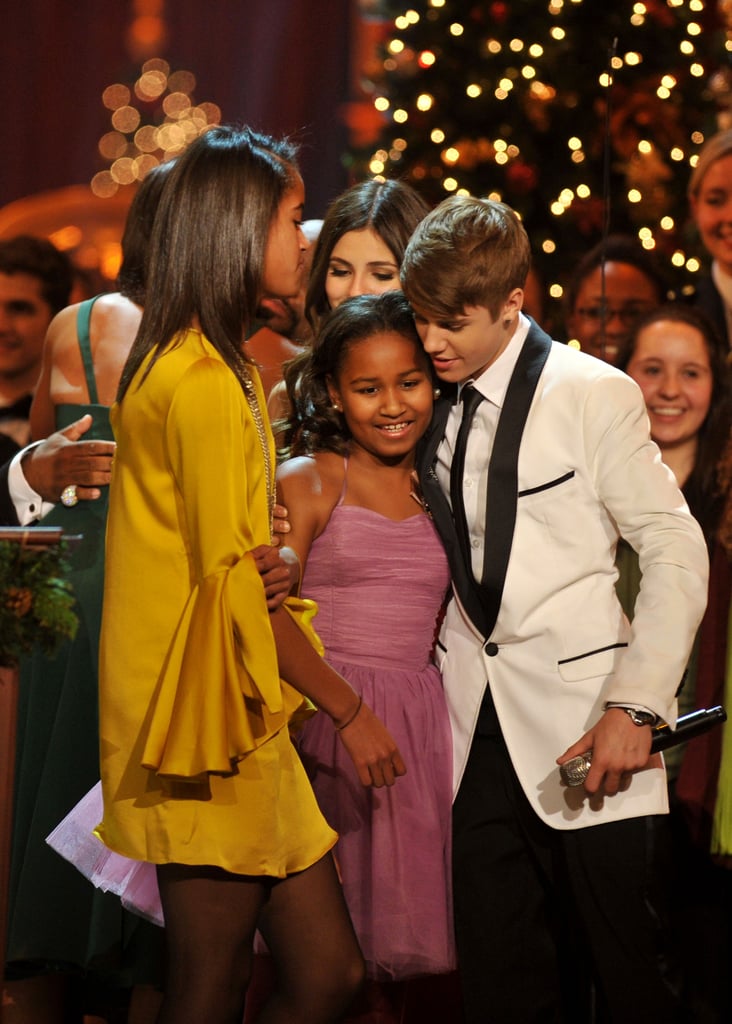 It's no secret that President Barack Obama and his wife, Michelle, have rubbed shoulders with some of Hollywood's biggest names, so it should come as no surprise that daughters Malia and Sasha have also had quite a few celebrity encounters themselves. Not only have the Obama girls been lucky enough to mingle with Jennifer Hudson, Hugh Jackman, Tom Hanks, and Rita Ora, but they've also gotten to live out their teen dreams and spend an evening with Justin Bieber. And who could forget their recent encounter with Ryan Reynolds? We've rounded up Malia and Sasha's best moments with stars — keep reading to see them now, and then take a look at all of Michelle's celebrity run-ins.

Previous Next Start Slideshow
PoliticsNewsSasha ObamaMalia Obama
Around The Web