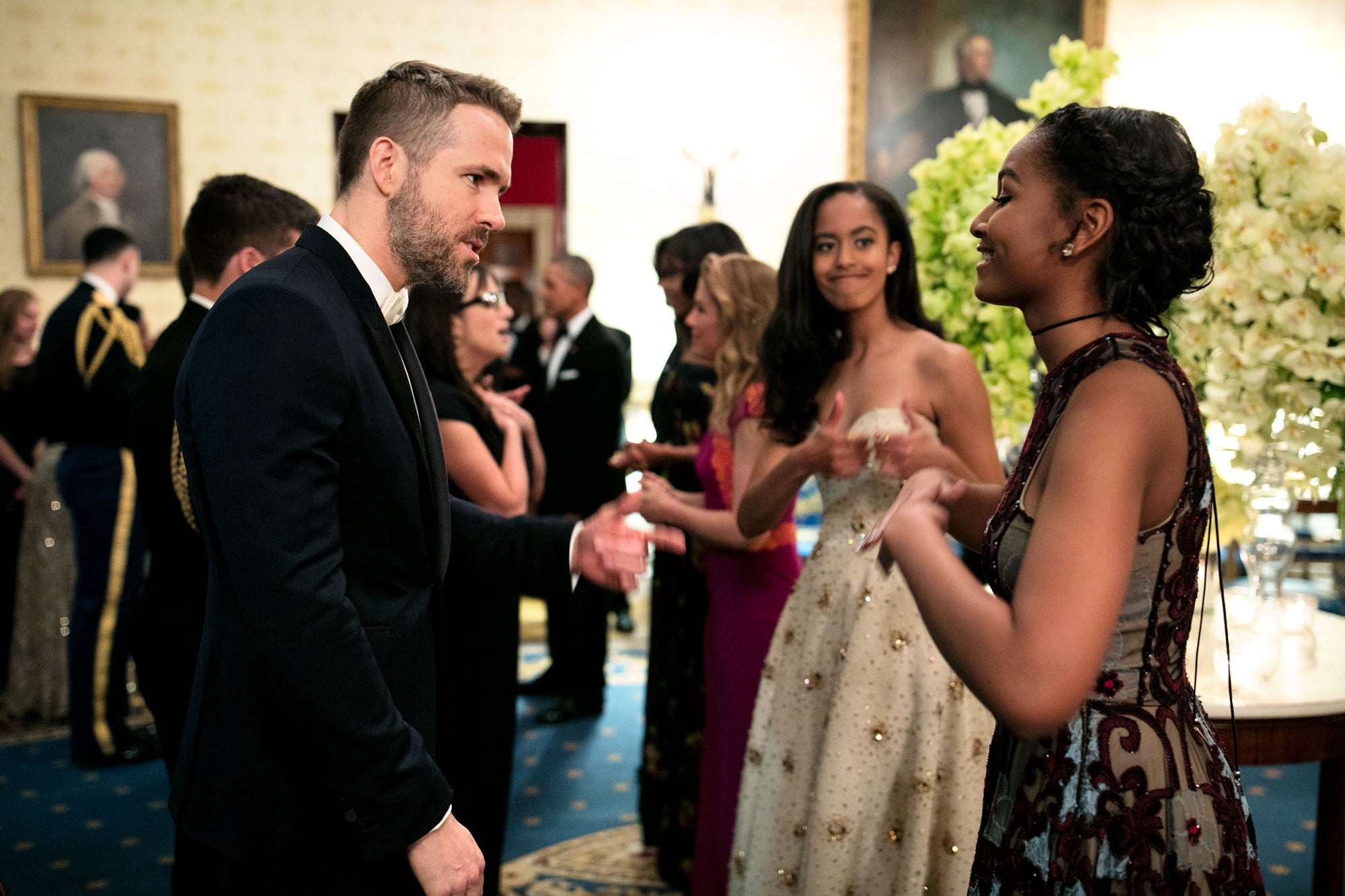 What do you do when Ryan Reynolds is at your house? You chat him up, of course — and that's exactly what the Obama girls did when Ryan and his wife, Blake Lively, attended the state dinner in honor of Canada's Prime Minister Justin Trudeau in Washington DC back in March. In a moment that we're still not over, 15-year-old Sasha was able to steal a moment with Ryan during the event, and not only did she look adorably animated while talking to him, but she also got hilarious approval from her 18-year-old sister, Malia, who could be seen giving her two thumbs up during the encounter. This was definitely one of the best moments of the year.

Celebrity News
Even Charity Can't Make Hugh Jackman Be Nice to Ryan Reynolds: "Everyone Hates You"
by Mekishana Pierre 4 weeks ago