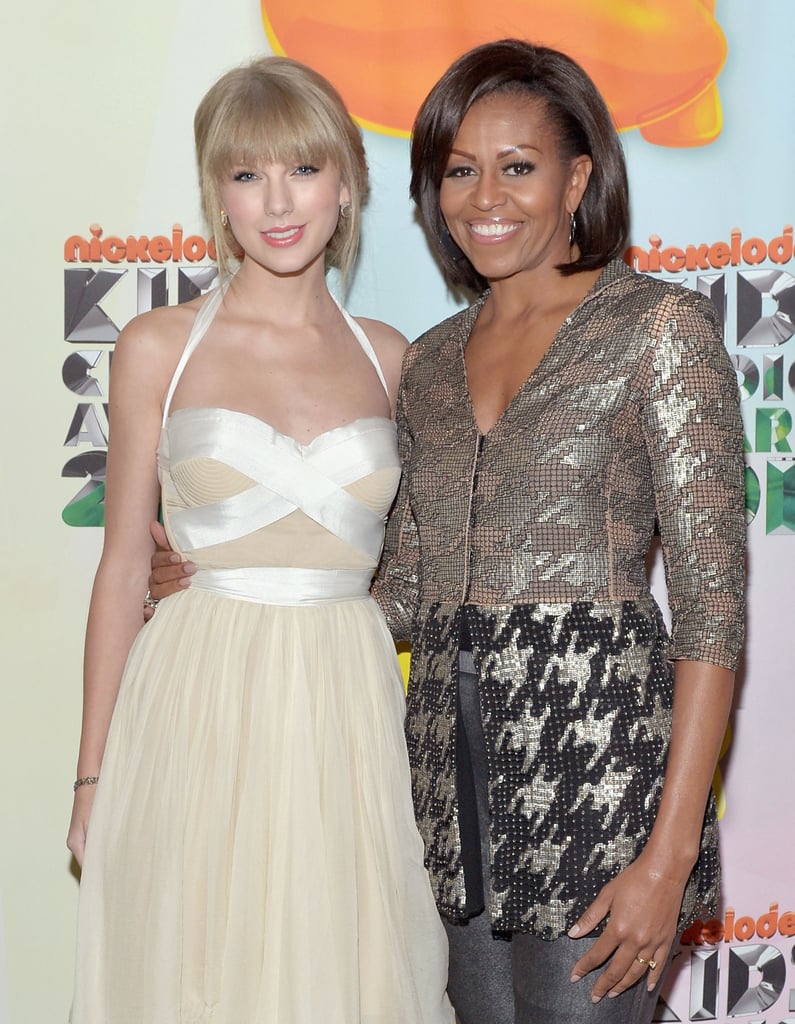 Michelle Obama has had a whole lot of fun meeting celebrities since she became first lady back in 2009. Throughout her husband Barack Obama's presidency, she has built strong relationships with Hollywood A-listers, including Beyoncé and Jay Z, Taylor Swift, and Oprah Winfrey. She's also managed to snap a few selfies with Jennifer Lopez, Missy Elliott, and Queen Latifah, and she's even graced the cover of Glamour magazine with Kerry Washington and Sarah Jessica Parker. But that's not all! Michelle has gotten quite close with the British royal family and has often been spotted chatting it up with Queen Elizabeth II. Keep reading to see all of Michelle's best moments with stars, and then check out President Obama's celebrity acquaintances.