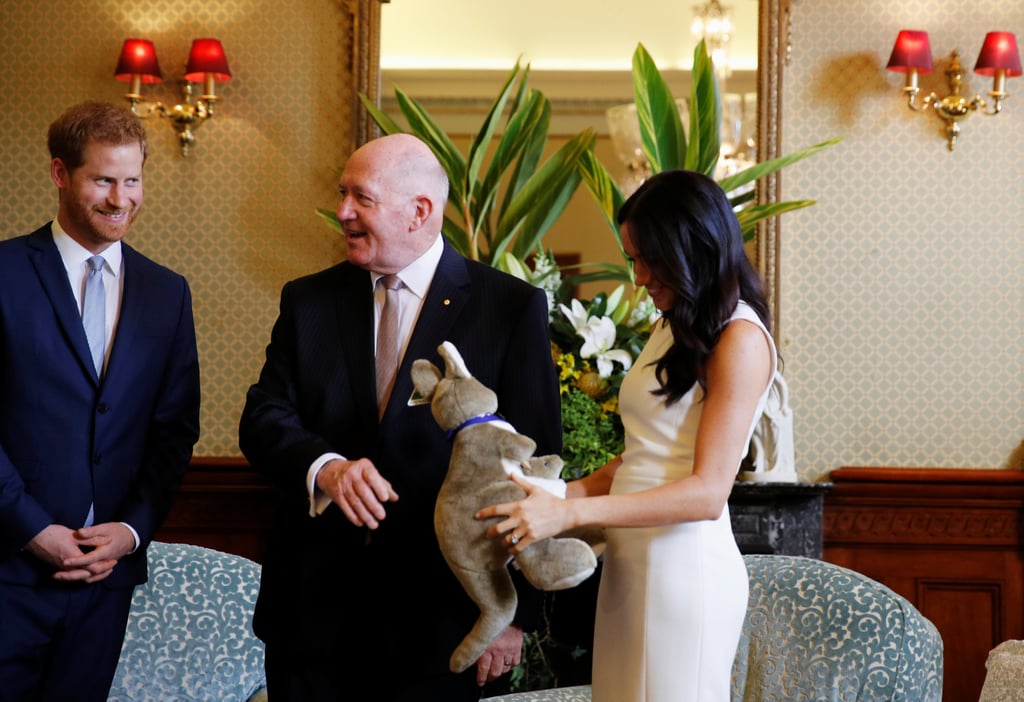 Meghan Markle and Prince Harry only just announced that they're expecting their first child, but they've already received their first baby gift. On Tuesday, the royals kicked off their tour of Australia and they were gifted a kangaroo stuffed toy from Governor-General Sir Peter Cosgrove and his wife, Lady Cosgrove. As the governor-general presented Meghan with the sweet gift, which came complete with a pair of UGG boots, Meghan excitedly said, "Our first baby gift!" Are you crying yet?

Harry and Meghan first got together in May 2016 and tied the knot two years later in a lavish ceremony at Windsor's St. George's Chapel. Both Meghan and Harry have opened up in the past about wanting to start a family, and now it's finally happening! So exciting!

Related:
Meghan Markle Confided in This Person About Her Pregnancy Before Telling the Royal Family
0
previous images
-20
more images
Previous Next Start Slideshow
The RoyalsMeghan MarklePrince HarryCelebrity PregnanciesThe British Royals
Around The Web

Celebrity Instagrams
Watch Ashlee Simpson's Kids React to Learning the Sex of Their Little Sibling!
by Alessia Santoro 5 days ago 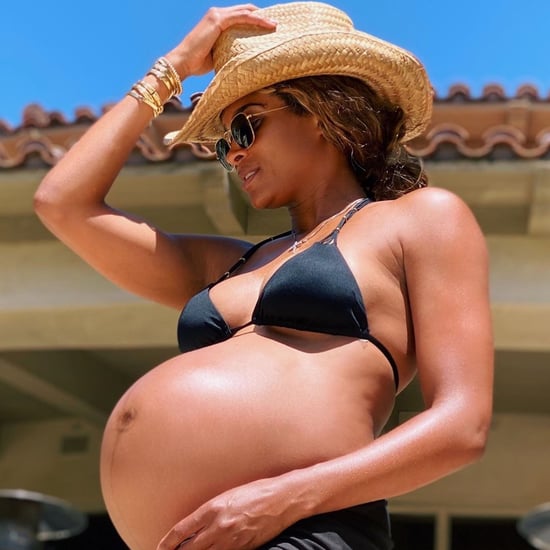 Ciara
Ciara's Stunning Pregnancy Pictures Have Left Us in Awe — Look at Her Glow!
by Brea Cubit 5 days ago