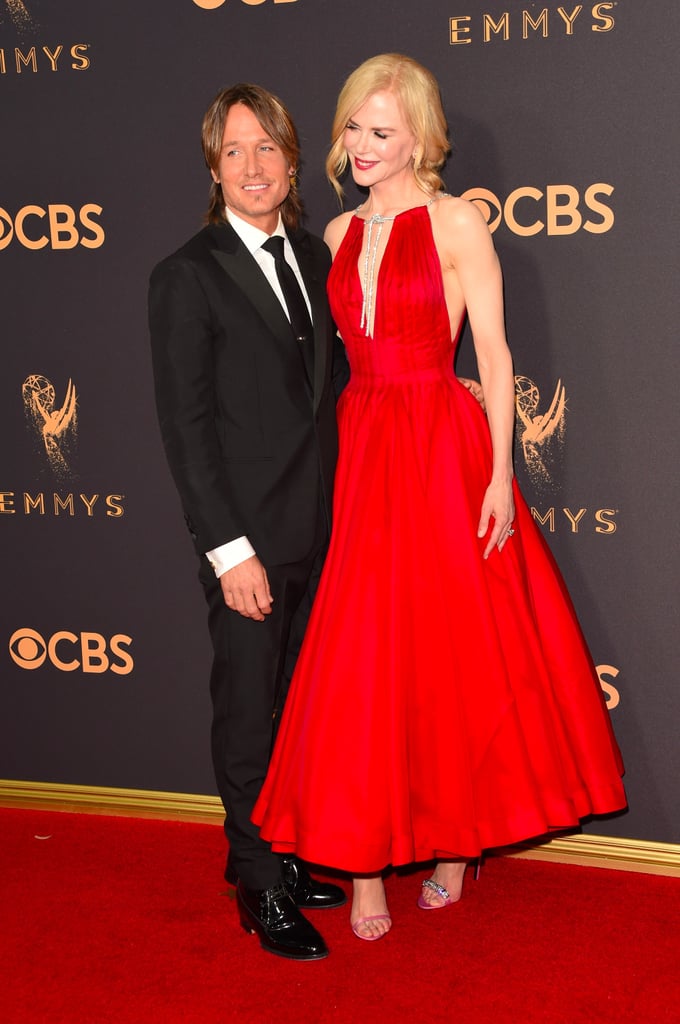 Nicole Kidman and Keith Urban could be doing literally anything and still look like the happiest couple out there. The two, who have been married since 2006, got all dolled up when they attended the Emmys in LA on Sunday. They kept up their habit of showing sweet PDA on the red carpet when they only had eyes for each other while posing for photos. Nicole also won the award for outstanding lead actress in a limited series or movie for her role in Big Little Lies and choked back tears while thanking Keith in her acceptance speech. The country singer, who didn't seem to mind Nicole kissing costar Alexander Skarsgard on the lips after his win, then gave his wife a sweet shout-out on Twitter, writing, "SOOOOOOO proud of you baby - and Reese and ALL the BLL family!!!!!!! - KU #Emmys."

Related:
The Looks at Last Year's Emmys Are Still on Our Minds; Imagine What We Can Expect!
Previous Next Start Slideshow
Keith UrbanNicole KidmanCelebrity CouplesRed CarpetEmmy AwardsAward SeasonCelebrity PDA
Around The Web

Schitt's Creek
Who Is Sarah Levy Dating? She's in a Serious Relationship
by Corinne Sullivan 12 hours ago

Annie Murphy
Who Is Annie Murphy's Husband, Menno Versteeg? He Has an Impressive Résumé
by Corinne Sullivan 14 hours ago

Schitt's Creek
Who Is Emily Hampshire Dating? Her Relationship History Includes a Marriage
by Corinne Sullivan 10 hours ago