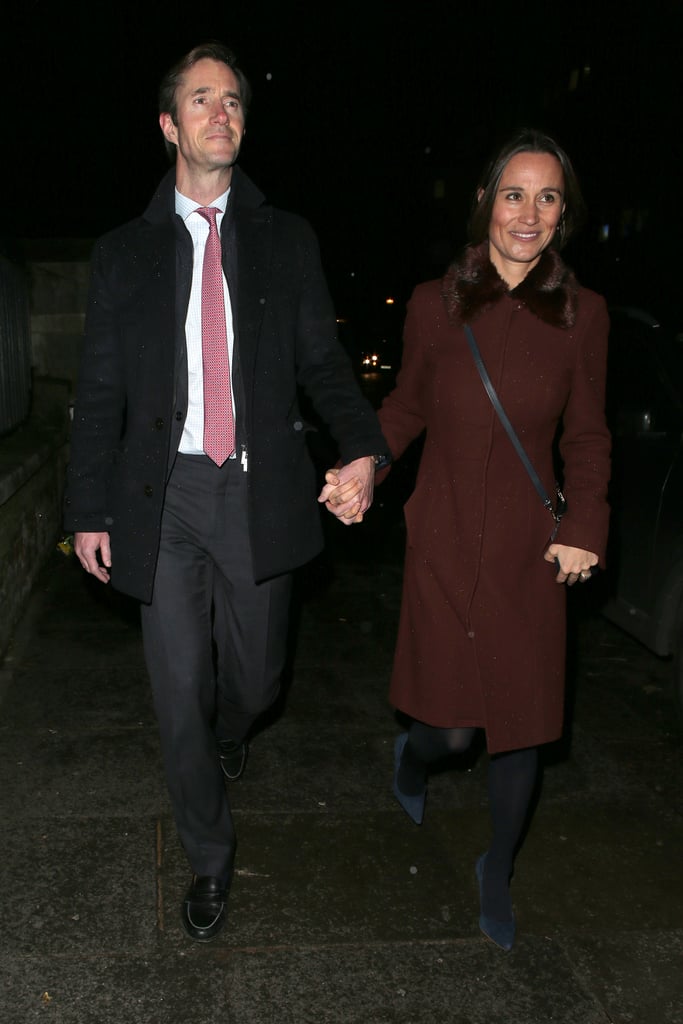 Pippa Middleton and James Matthews are feeling festive after welcoming their first child. On Tuesday, the couple stepped out for a postbaby date night at the Henry van Straubenzee Memorial Fund Christmas carol service in London. Pippa kept warm in a maroon coat and held hands with her husband as they made their way inside St. Luke's Church. Also at the Christmas service were Meghan Markle and Prince Harry, attending their first Christmas carol service together.

Pippa and James tied the knot in a romantic ceremony in the UK back in May 2017, and this past October, they became parents to a baby boy named Arthur Michael William. Following Arthur's exciting arrival, Kate Middleton and Prince William released a statement via Kensington Palace, expressing how "thrilled" they are for the new parents. Congrats again to Pippa and James!

Celebrity Couples
Like Taylor Swift and Joe Alwyn, These 10 Couples Wrote Hit Songs Together
by Hedy Phillips 3 hours ago