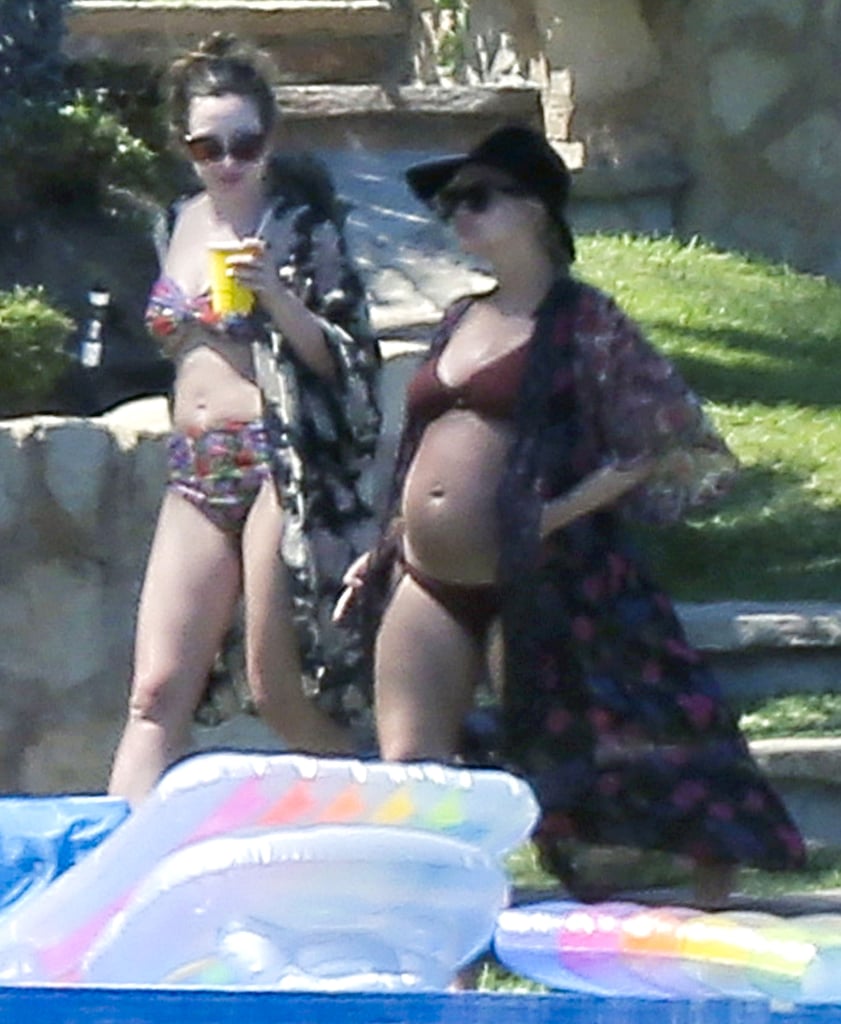 Ashlee Simpson and Evan Ross took a trip to Mexico with friends this week, and on Saturday, she slipped into a maroon bikini to soak up the sun. Ashlee's baby bump was on display under a printed kimono as she walked poolside with a pal. On Friday, she took a dip in the water in a black two-piece while Evan went shirtless. The couple, who got married at the home of Evan's mom in September, announced their exciting baby news in December and revealed in February that they're expecting a girl.