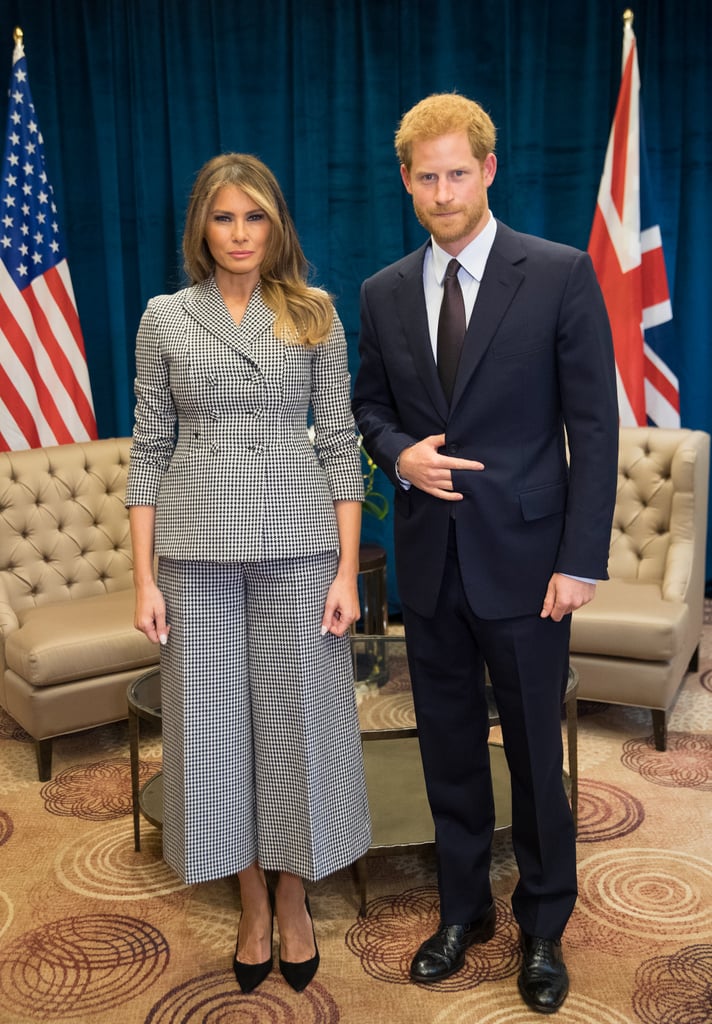 Prince Harry met Melania Trump for the first time while attending the Invictus Games in Toronto on Saturday. His royal highness posed for photos with the first lady of the United States and sat down for a chat that lasted "about 20 minutes." Although both of their facial expressions are pretty unreadable in the photos, Melania reportedly extended an invite for Prince Harry to visit the White House anytime he's in the United States. Later that evening, the two were spotted sitting next to each other to watch the sporting events featuring veterans who were injured or wounded while serving in the military. See all the photos of their first encounter ahead.

Related:
Prince Harry and Meghan Markle Arrive Hand in Hand at the Invictus Games, and It's Royally Adorable
Previous Next Start Slideshow
Melania TrumpPrince Harry
Around The Web