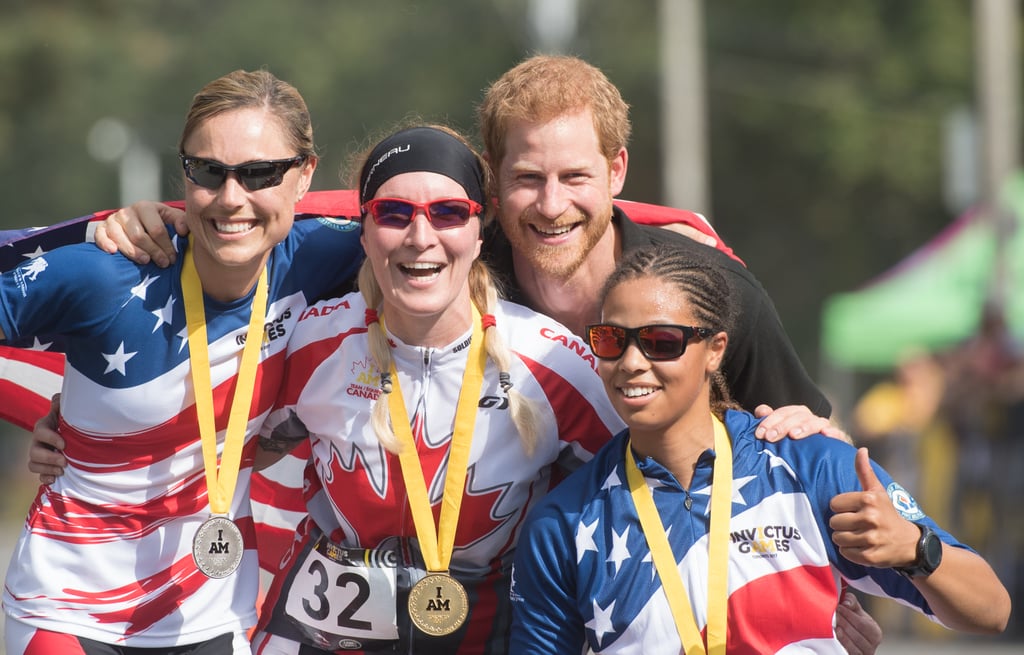 Prince Harry has been hamming it up at the Toronto Invictus Games since he touched down on Friday. The famous royal kicked off the festivities by meeting with competitors and their families as he attended the True Patriot Love Symposium at the Scotia Plaza ahead of the games. The following day, he sat down for a chat with Melania Trump and attended the Jaguar Land Rover Driving Challenge, where he cheered on the drivers from the sidelines. Harry also spoke at a conference, reunited with Prime Minister Justin Trudeau, and celebrated with the athletes during the medal ceremony. Not to mention, he has been extra sentimental this year as he greets veterans and children alike with warm hugs.

Of course, his passion for the foundation, which helps wounded veterans, might not be the only reason for his upbeat attitude. The philanthropic event also marked his and girlfriend Meghan Markle's public debut as a couple. To make matters even sweeter, the event also happens to be where they met in 2016. Hopefully we'll get to see more of Harry and Meghan before the Invictus Games come to an end on Sept. 30.