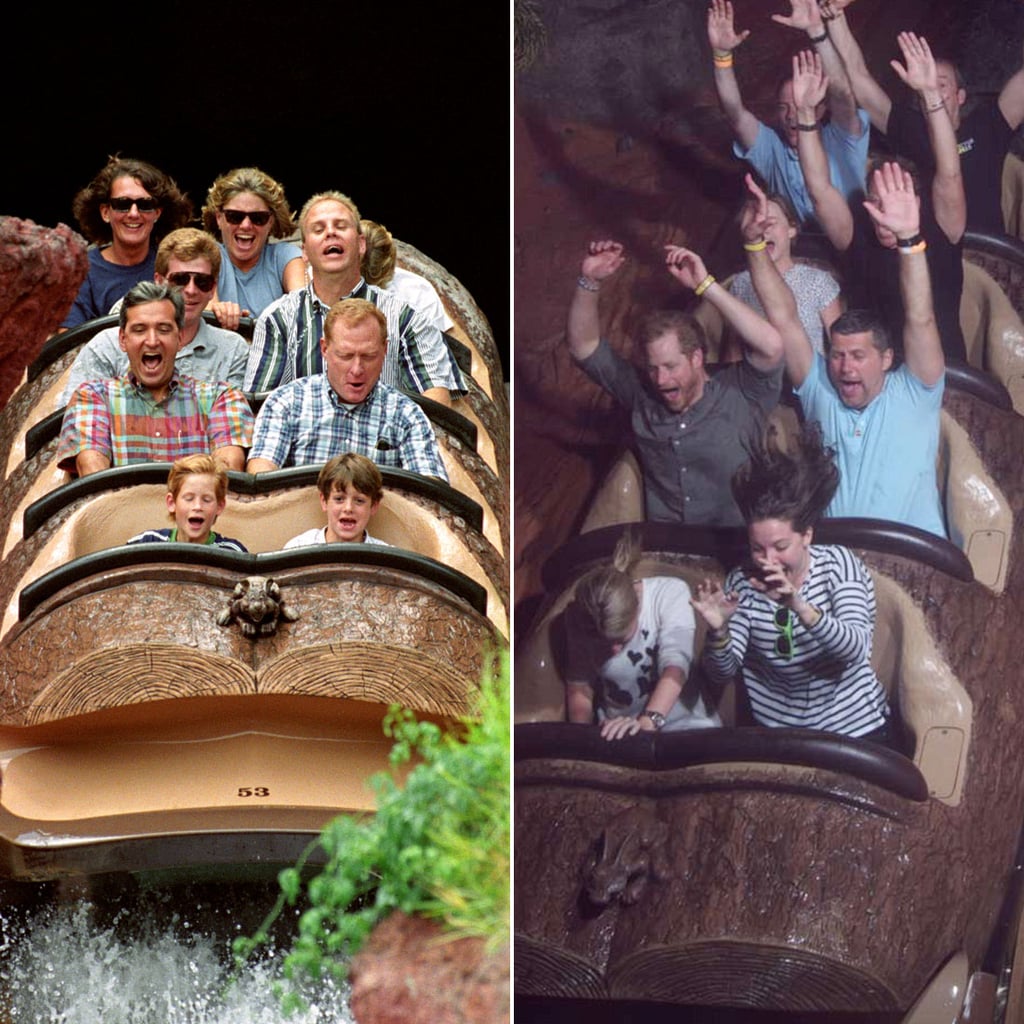 Prince Harry had a blast earlier this month when he hosted the Invictus Games in Orlando, FL. In addition to cheering on wounded veterans during the sporting event, flirting with a sassy 93-year-old lady, bonding with a dog, and playing polo in the rain, the famous royal also made time to swing by the happiest place on Earth. Prince Harry was all smiles when he threw his hands in the air while riding Splash Mountain in the Magic Kingdom with a few friends. Harry, who visited Disney World with his late mother, Princess Diana, in 1993, was just 8 years old when he was last pictured on the water ride. And as you can tell, not much has changed in the way of his pure joy and excitement. See both photos below, then check out what Harry had to say about Diana's absence in his life.