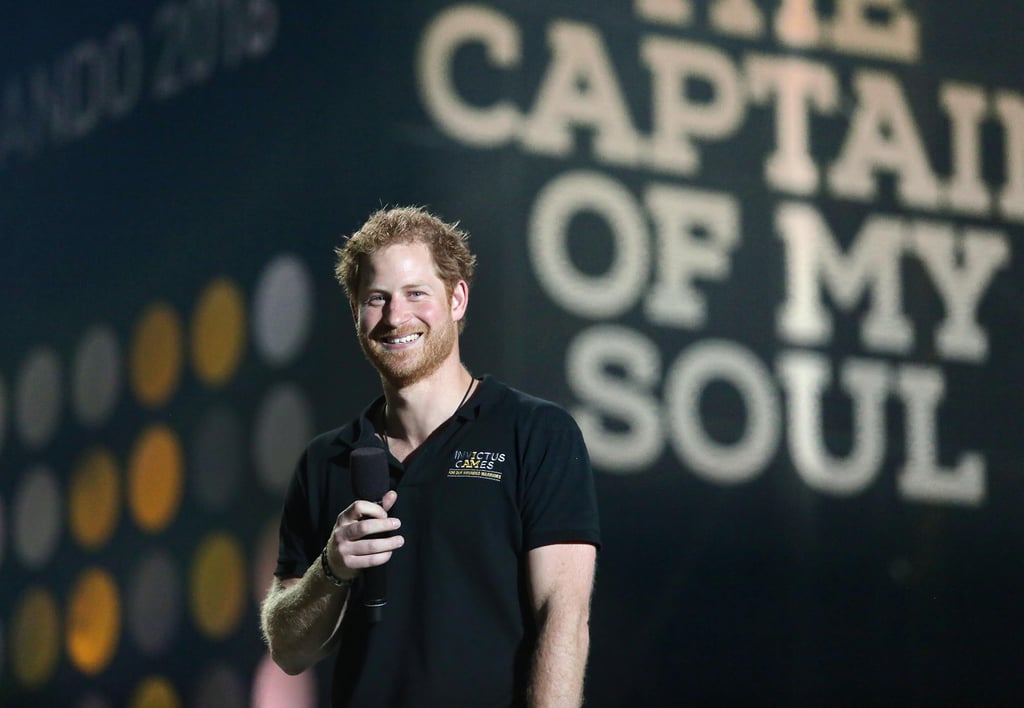 Prince Harry Had an Absolute Ball at the Invictus Games

Prince Harry had the time of his life when he kicked off the Invictus Games in Orlando, FL, this week. The royal, who is also the patron of the sporting event for wounded veterans, was joined by Michelle Obama, George and Barbara Bush, Morgan Freeman, and singer James Blunt at the opening ceremony on Sunday. Throughout the week, he continued the festivities by posing with some Team USA members (and a few babies), shooting off a gun to start a race, huddling with some swimmers from the UK Armed Forces, and getting up close and personal with 95-year-old Ruth Uffleman. After awarding medals to various veterans at the Games' closing ceremony, Harry delivered a moving speech, saying, "Those medallions are the real prizes, for the years of intense rehabilitation you've put yourselves through to be here. The competition has been fierce with performances of the highest international standard across a number of events. But what inspired me, was the courage to make it to the starting line, to take to the field or to dive into that pool, motivated by the goal of giving your all — medal or no medal."

The Invictus Games is just one of many philanthropies that Harry has been involved with lately. The "fun uncle" to Prince George and Princess Charlotte made a charitable trip to Nepal in March, and he's still very much a part of the Sentebale organization — a charity that helps raise money for children affected by the AIDS epidemic in South Africa — he cofounded in honor of his late mother, Princess Diana. See Harry's charitable work in action in more photos from the Invictus Games ahead!