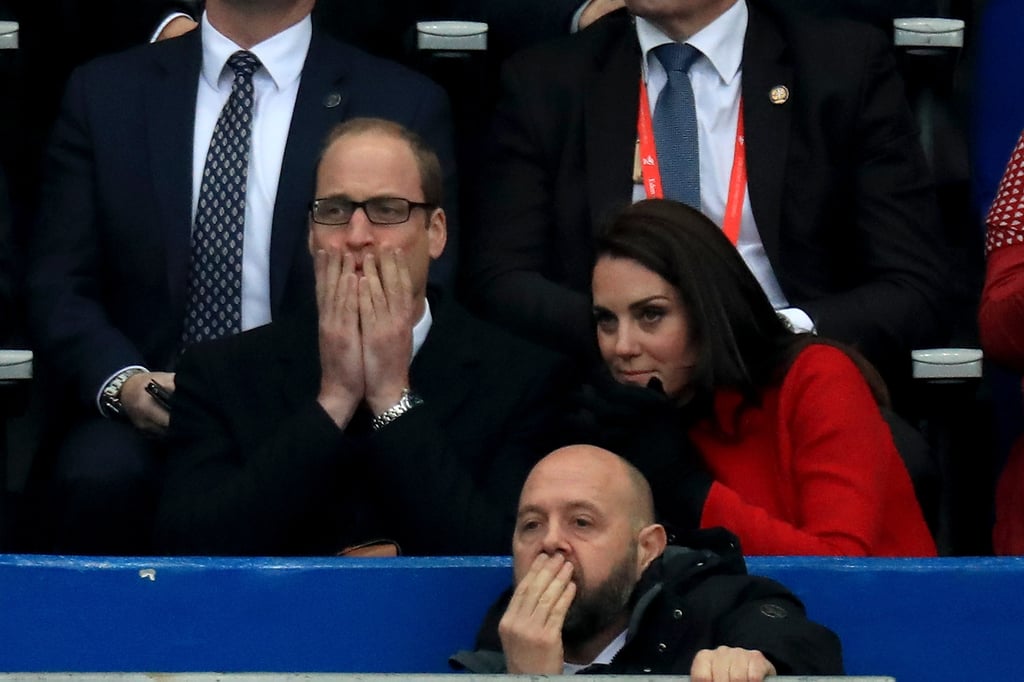 Kate Middleton and Prince William kicked off their two-day trip to Paris on Friday. The couple, who celebrated St. Patrick's Day at the Irish Guards Parade in London earlier that morning, jetted off to the City of Light in the afternoon. After they arrived they met with French President Francois Hollande at the Élysée Palace. Kate, who appeared to fly in the same outfit, flashed her signature smile while chatting with the president. She also threw some loving glances at William, which may surprise some people as the Duchess of Cambridge was reportedly unhappy with her husband's behavior during his recent ski trip to the Swiss Alps. They then attended a reception at the British Embassy, where Kate stunned in a black dress and matching heels, and ended the night at a dinner at the British Embassy.

The following day, Will and Kate visited Les Invalides, a former Parisian hospital for soldiers that has since been turned into a military museum, where they learned about the museum's role in supporting veterans and rehabilitation programs. They also met with the survivors of the 2015 terror attack on the Bataclan Concert Hall, and Will offered a few words of encouragement to a woman named Jessica Bambal Akan. "We think you are very strong and very brave, you've made amazing progress," he told her. Kate also added that she would keep an eye out for her work after she mentioned that she was interested in working in the fashion industry. Will and Kate also made a stop at the Musée d'Orsay and toured the famous Impressionist Gallery before attending a charity event at the Trocadéro. While there, the royal couple met with a group of kids from both France and the UK, and Kate even showed off her sporty side as she tossed around a rugby ball. Later in the day, the duo attentively watched a rugby match between Wales and France.

The trip marks the first time William has visited the city since his mother, Princess Diana, died in a tragic car accident there in 1997. While she is surely on William's mind, he will not be visiting any sites associated with her death. Since the two were sent to the French capital by the British Foreign Office to build a relationship between Britain and France just as their country is gearing up to leave the European Union after last year's Brexit vote, the trip is about business rather than remembrance.