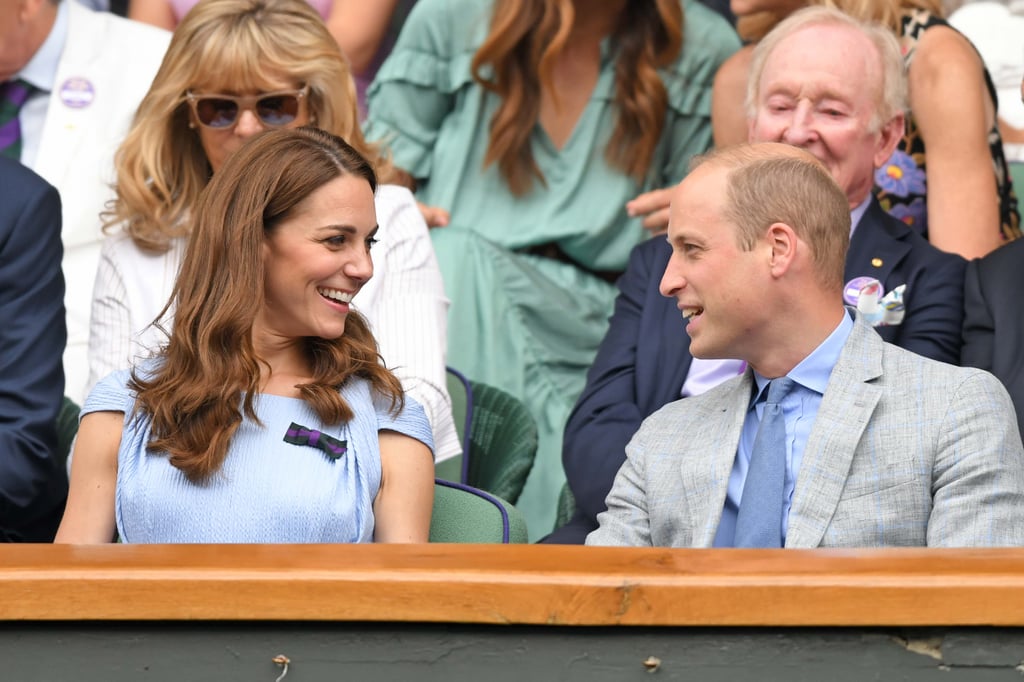 Something about sporting events always seems to bring out a more playful side of Prince William and Kate Middleton's relationship. On Sunday, the royal couple looked like they were having a ball as they attended the gentlemen's singles final at Wimbledon. Will looked dapper in a blazer, blue dress shirt, and dark pants, while Kate was radiant in a blue A-line dress and $80 Aldo heels. The two — who met with ball boys, ball girls, and other staff members before the match — got quite animated as they chatted with each other and cheered from the stands.

Kate has certainly made a lot of sports outings lately. The royal — who is an avid tennis fan — attended day two of Wimbledon solo, before linking up with sister-in-law Meghan Markle to watch Serena Williams in the ladies' singles final on Saturday. The ladies also brought along their precious children as they watched William and Prince Harry compete in a charity polo match on Wednesday. See more of Kate and Will's day out at Wimbledon ahead.