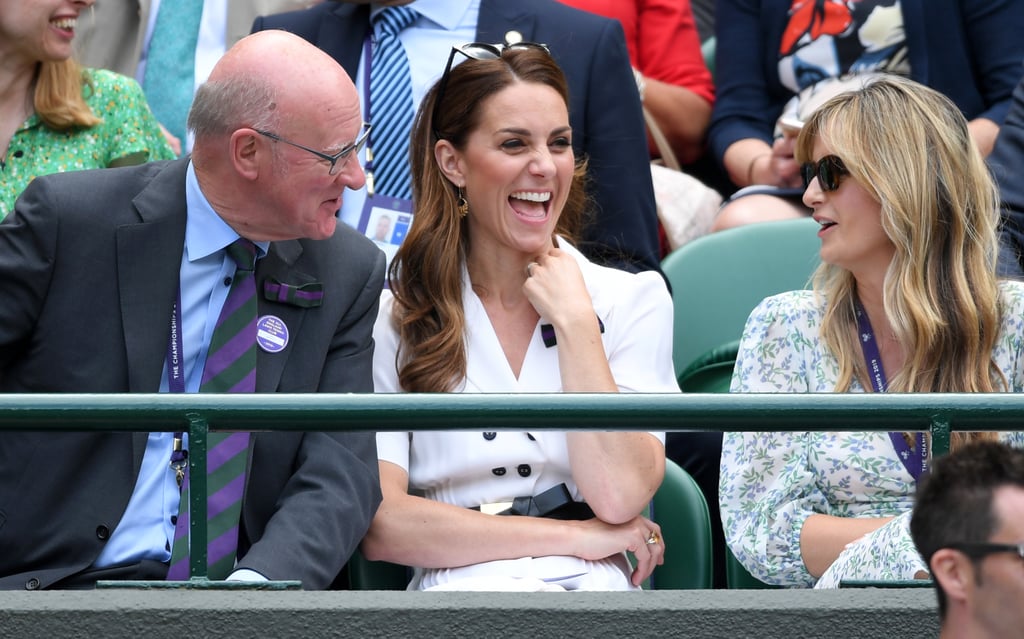 Kate Middleton was a very early attendee of the Wimbledon tennis championships on Tuesday, when she took a seat in the tiny stands of Court 14 to watch an early match between British hopeful Harriet Dart and American player Christina McHale. Perhaps she brought a little royal luck to proceedings, as the Brit won her place in the next round (and left a sweet message on social media for her royal supporter).

Later that day, Kate moved to the more familiar surroundings of the royal box, where she was seen getting very animated as she watched proceedings on center court. As patron of the All England Lawn Tennis and Croquet Club, the duchess is definitely no stranger to Wimbledon, and often makes multiple appearances at the championship. Last year, she was joined by her sister-in-law Meghan Markle, and the Duchess of Sussex is expected to make an appearance at some point during this year's event too, probably to watch her close friend Serena Williams if she gets through the first round. While we wait for new royal appearances as Wimbledon progresses, take a look at Kate's first courtside moments now.