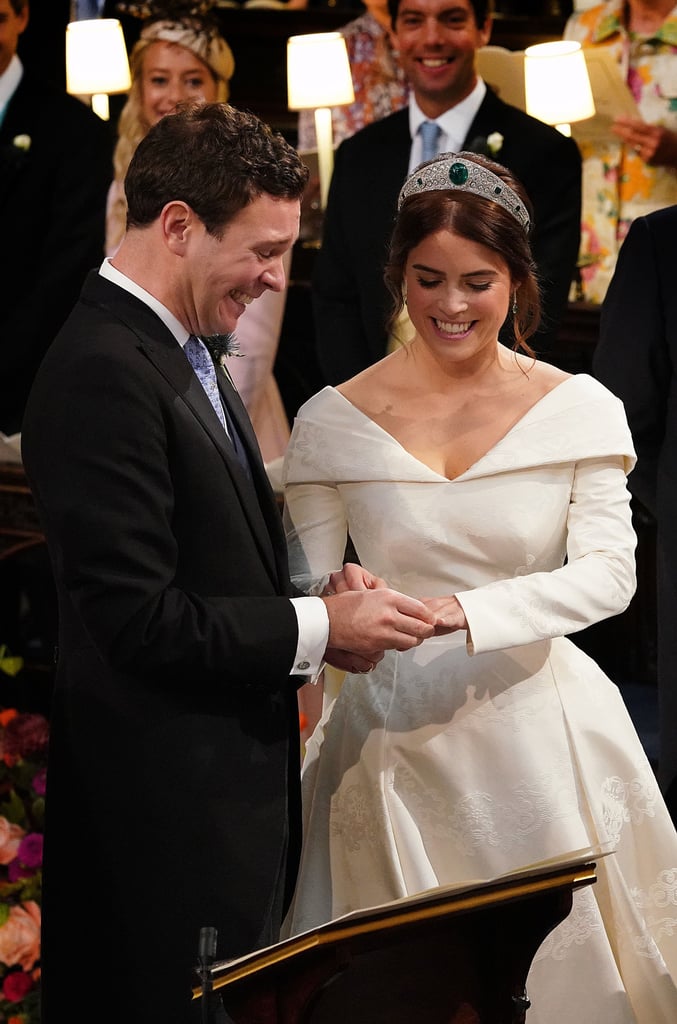 Princess Eugenie and Jack Brooksbank officially became husband and wife when they tied the knot on Oct. 12, but the royal made one significant change to her wedding vows ahead of the big day. In the ceremony's Order of Service, it was revealed that the princess followed in Princess Diana's footsteps and omitted the word "obey" from her wedding vows.

During the ceremony, Eugenie removed the promise to obey Jack after the wine merchant recited his vows to her. "I, Eugenie Victoria Helena, take thee, Jack Christopher Stamp, to be my wedded husband, to have and to hold from this day forward, for better, for worse: for richer, for poorer; in sickness and in health; to love and to cherish, till death us do part, according to God's holy law; and thereto I give thee my troth," Eugenie said.

Eugenie's decision to remove the promise to obey her husband shouldn't come as a surprise. The late Diana was the first royal bride to start the tradition when she wed Prince Charles in 1981, and Kate Middleton and Meghan Markle followed suit at their weddings.

Related:
Princess Eugenie's Wedding Brought Out So Many Stars, We Almost Mistook It For an Award Show
0
previous images
-27
more images
Previous Next Start Slideshow
The RoyalsCelebrity WeddingsWeddingPrincess EugenieJack BrooksbankThe British Royals
Around The Web

Fashion News
Here's What It's Like to Try On a Virtual Wedding Dress, Straight From a Bride-to-Be
by Sarah Wasilak 1 week ago