Rihanna definitely made a statement when she was spotted wearing an engagement ring at a nightclub in New York City on Friday night. The "Diamonds" singer attempted to hide her hand in her pockets after she noticed the paparazzi snapping photos of her, but it was already too late. Could it mean that our favorite bad gal is headed down the aisle with her billionaire boyfriend, Hassan Jameel?

Back in June, fans on Twitter could not contain their chill when photos leaked of Rihanna making out with the 29-year-old in a pool in Ibiza. Now, it appears their relationship may have moved on to the next level, but we've yet to receive an official confirmation from either of the two. So, we just have to ask, what's that rock doing on your ring finger, Ri? Keep reading to see the stunning engagement ring up close.

Rihanna
Rihanna Discusses Her Upcoming Album: "I Am Very Aggressively Working on Music"
by Chanel Vargas 1 week ago

Rihanna
Surprise! Rihanna Teams Up With PartyNextDoor For Her First Song in Almost 3 Years
by Monica Sisavat 1 week ago 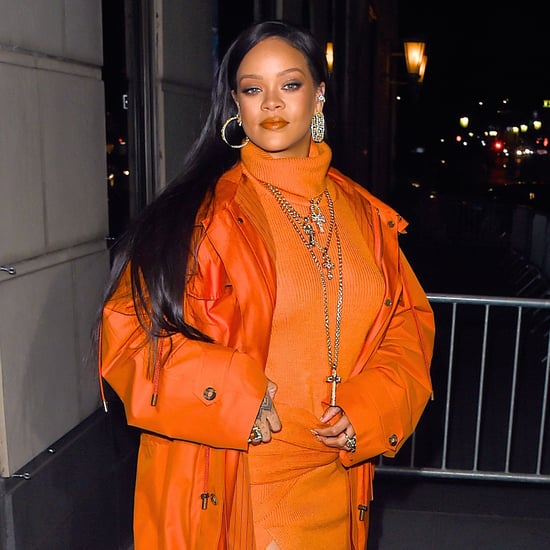