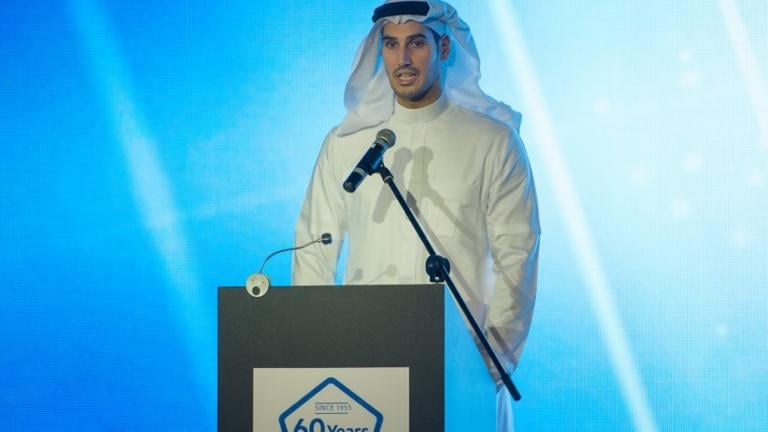 After Rihanna was photographed mugging down with a mystery man in a pool in Ibiza back in June, eagle-eyed and excited fans on Twitter were buzzing about who the guy was. Many assumed he was a Spanish athlete or maybe a model, but it turns out that the gentleman Rihanna was packing on the PDA with is actually a Saudi billionaire named Hassan Jameel. Since then, they've been going strong, even turning up together at a Grammys afterparty this week.

Hassan is 29, just like Rihanna, and is the heir to a huge fortune. He's the deputy president and vice chairman of the family business Abdul Latif Jameel, and since 1955, the company has owned the rights to Toyota distribution in Saudi Arabia. His family is worth nearly $2 billion. On top of that, he's also said to own a soccer league in Saudi Arabia called the Jameel League. In 2016, he was linked to Naomi Campbell after the two were spotted at the British Summer Time music festival in London.

While it's not clear how long Hassan and Rihanna have been dating, it's now been over seven months that they've been in each other's lives, and it is clear that they have major chemistry. And with all the bullsh*t she's had to deal with lately, we're really glad Rihanna is getting some lovin' from a tall, dark, and handsome hottie. Just one question remains: has anybody checked on Drake?

Celebrity Couples
The Cutest Photos of Christopher Briney and His Girlfriend, Isabel Machado
by Alicia Geigel 19 hours ago