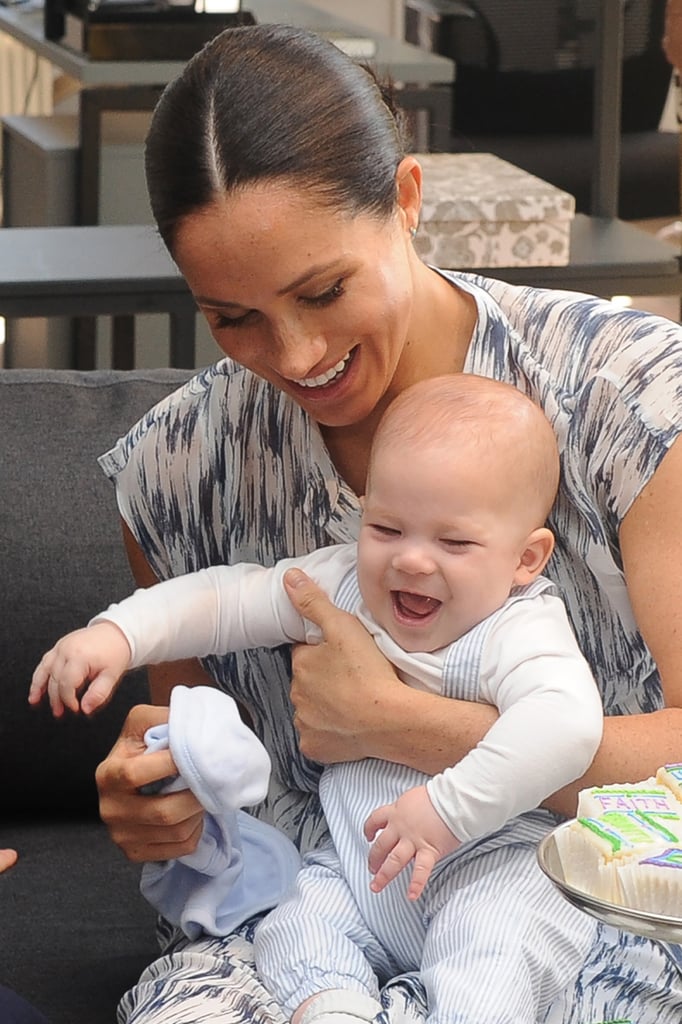 Meghan Markle and Prince Harry welcomed their first child, Archie Harrison Mountbatten-Windsor, into the world at 5:26 a.m. on May 6. The tiny tot weighed seven pounds and three ounces. Even though his parents have decided not to give baby Archie a royal title at the moment, he has already made history as the first-ever British-American baby born into the royal family. Not only that, but he already made his first royal appearance and he's currently on his first royal tour in Southern Africa. Harry and Meghan have proudly shown their little bundle of joy during a photocall at Windsor Castle and on their Instagram page, and most recently, he was all smiles when he accompanied his mom and dad on a royal engagement in Cape Town. And, yep, he's even more precious than we could have imagined.

The Royals
From Royal Baby to Big Girl: 23 Adorable Photos of Sweden's Princess Estelle
by Murphy Moroney 2 weeks ago