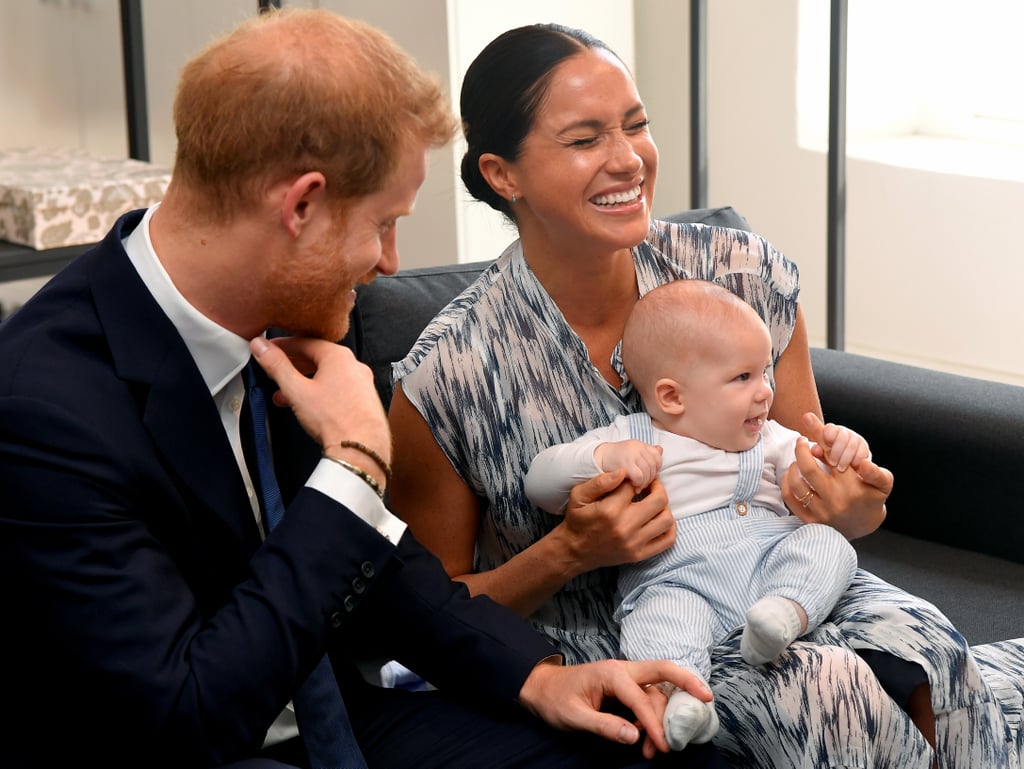 Prince Harry and Meghan Markle's son Archie Mountbatten-Windsor made his royal tour debut during the couple's Southern Africa tour. While visiting Cape Town, the 4-month-old royal totally stole the spotlight as his mom carried him through The Old Granary ahead of a meeting with the city's former Archbishop, Desmond Tutu. "Arch meets Archie," was the adorable caption on a video posted to the Sussex Royal Instagram account, which showed all three members of the family beaming as they arrived at the historic venue.

The royal tour, which officially wrapped up on Oct. 2, was a big milestone for Harry and Meghan as it marked their first trip as a family of three (not to mention, Archie's very first tour). The trip included stops in South Africa, Botswana, Angola, and Malawi as the couple brought awareness to causes that are important to them, as well as Harry's late mother, Princess Diana. See Archie's cutest moments from the tour ahead!