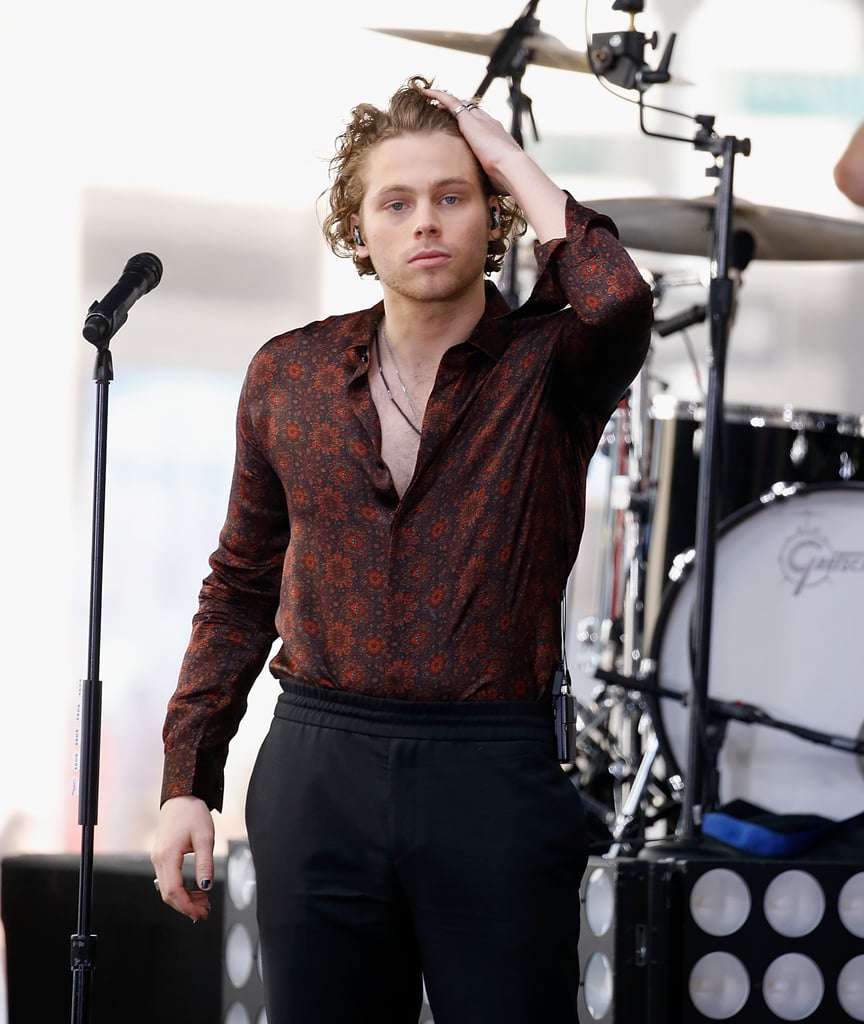 Can We Just Take 5 Seconds to Appreciate How Hot 5SOS Singer Luke Hemmings Is?

If there's one thing we know for sure, it's that Australian band 5 Seconds of Summer is comprised of four seriously attractive guys with insane talent. Singer Luke Hemmings, for one, is totally, incredibly gorgeous — and when he sings, we swoon. After a two-year hiatus, 5 Seconds of Summer finally released new music last year, went on tour, then without even taking a stop to breathe, they dropped more new music this year and announced a coheadlining tour with The Chainsmokers. Whew. But we need to set the music aside for just a second and talk about Luke's face. Yes, we love the band's latest release, "Easier," but we especially love how hot Luke looks in the video — and everywhere else he pops up. Catch a glimpse of just how dreamy this 22-year-old Aussie is when you look through the gallery.

Related:
These Pictures of Hot Celebs With Cats Will Leave You Swooning For Days
Previous Next Start Slideshow
Eye Candy5 Seconds Of SummerLuke Hemmings