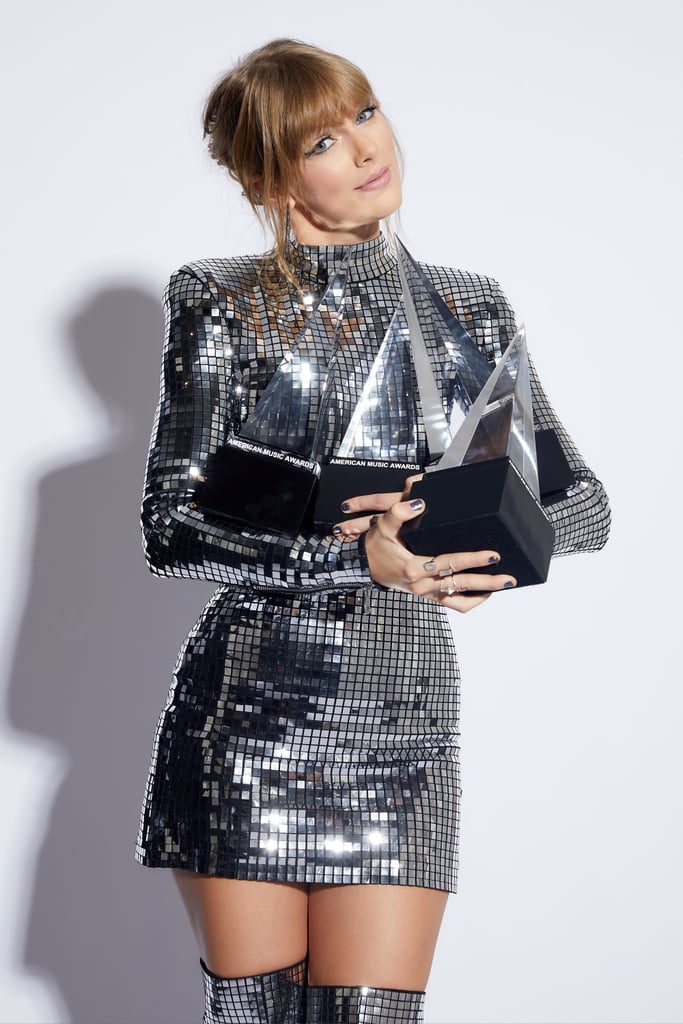 Taylor Swift stole the spotlight at the American Music Awards on Sunday. In addition to giving a show-stopping performance of her greatest hits, the "Lover" singer also received the artist of the decade award. Not to mention, she made history be becoming the show's most awarded artist of all time with 28 wins. Michael Jackson previously held the record with 24 wins.

While she certainly had an exciting night, this isn't the first time she's put her "big reputation" on display. Whenever Taylor attends the AMAs, she looks like she's having the time of her life. From mingling with her famous besties to rocking out on stage, see some of her best moments from the show over the years, ahead.

Teyana Taylor
Is It Just Me, or Is Teyana Taylor's Billboard Hairstyle a Nod to TLC's "No Scrubs"?
by Ariel Baker 10 hours ago