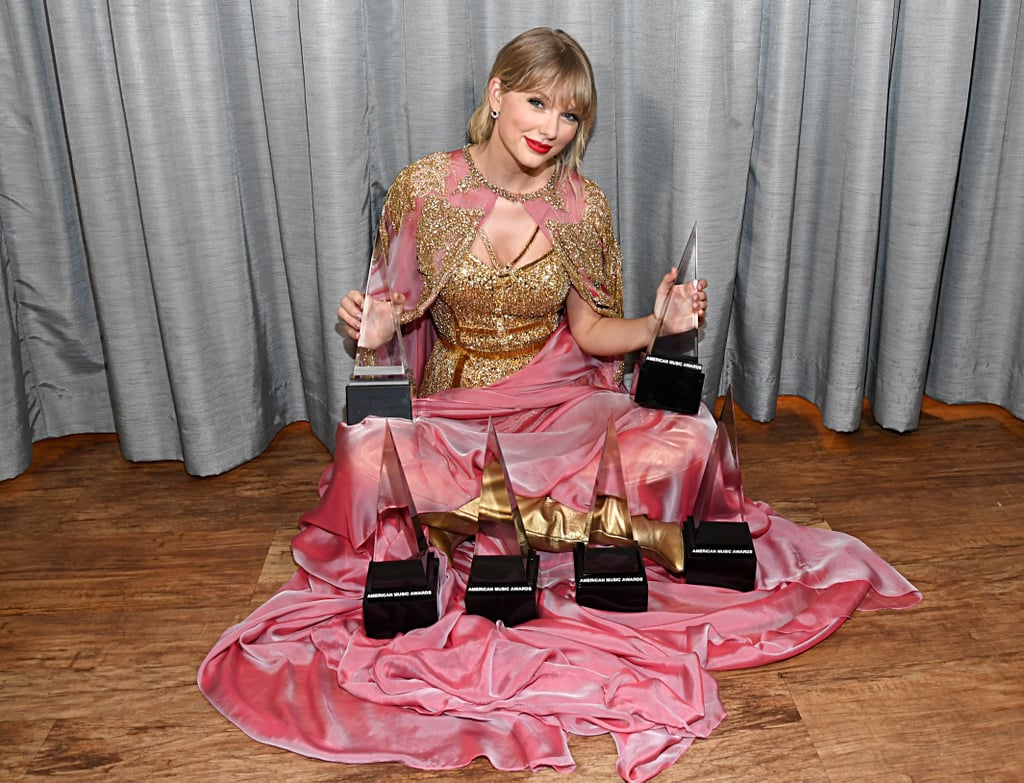 Taylor Swift made history at the American Music Awards on Sunday night. In addition to receiving the artist of the decade award, the singer also became the show's most awarded artist of all time with 28 wins. Michael Jackson previously held the record with 24 wins. Last year, Swift also became the most awarded female artist of all time when she beat out Whitney Houston's record for 23 wins.

During her various speeches on Sunday night, the "Lover" singer made sure to thank her dedicated fans for supporting her throughout her 13-year career. "All that matters to me is the memories that I've had with you guys," she said. "We've had fun, incredible, exhilarating, extraordinary times together . . . thank you for being the reason why I'm on this stage." See more pictures of Swift's AMAs evolution ahead.