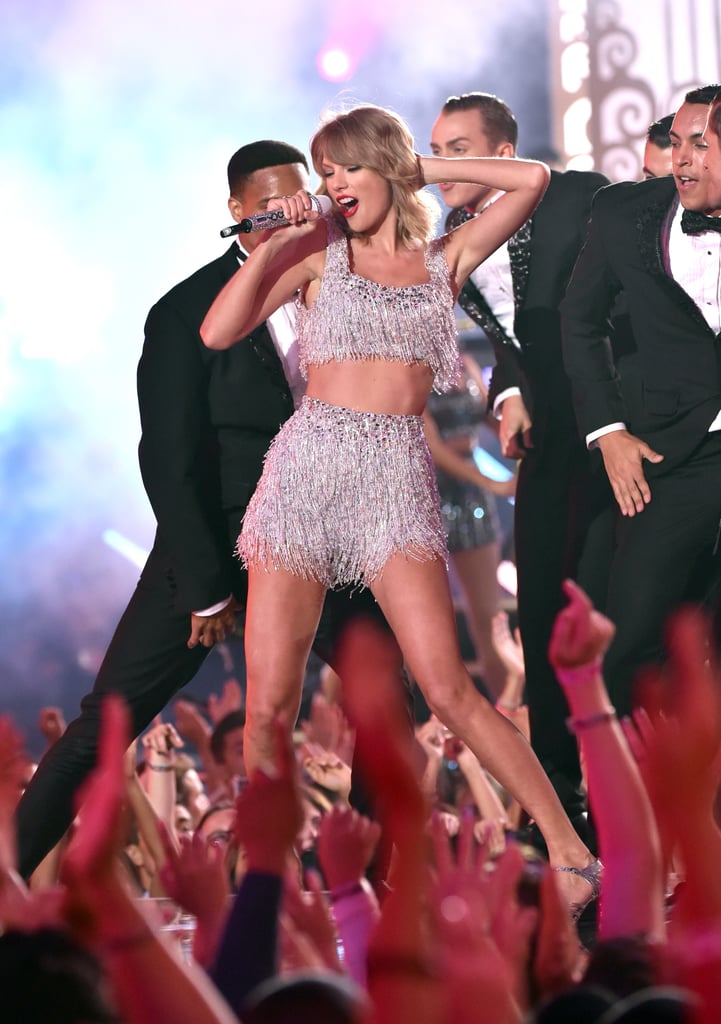 Taylor Swift Performing at the 2014 VMAs

In an answer to fans' sacred prayers, Taylor Swift made a surprise appearance at the 2022 MTV VMAs on Sunday. The 32-year-old singer is nominated for five awards, including video of the year, best direction, and best cinematography for "All Too Well" (10 Minute Version) (Taylor's Version). Prior to 2022, the last time she attended the show was back in 2019, so it goes without saying that fans are excited.

At this point, Swift has a history of mending feuds at the VMAs almost as long as her discography. In 2015, Nicki Minaj proved there was no more bad blood between her and Swift when she brought out the singer during her opening number; that same year, Swift and then-friend Kanye West also hugged it out on stage, six years after he famously interrupted her acceptance speech.

In honor of Swift's surprise VMAs appearance, take a look at her best moments at the award show over the years.