Taylor Swift released her highly anticipated sixth studio album, Reputation, on Friday. Fans who purchased a physical copy of Reputation from Target were also treated to personal poetry from the singer, including a heartfelt and revealing prologue. The letter starts with "Here's something I've learned about people," and it covers everything from our generation's relationship with social media to her early life in the public eye and the highs and lows of fame. "I've been so lucky to make music for a living and look out into crowds of loving, vibrant people," Taylor wrote. "On the other side of the coin, my mistakes have been used against me, my heartbreaks have been used as entertainment, and my songwriting has been trivialized as 'oversharing.'"

The letter ends with a cryptic, matter-of-fact message to the reader: "There will be no further explanation. There will be just reputation." Read Taylor's prologue in its entirety below.

Related:
Taylor Swift Calls Out People Who "Scour Her Lyrics" For Clues, but There's 1 Tiny Problem

Here's something I've learned about people.

We think we know someone, but the truth is that we only know the version of them they have chosen to show us. We know our friend in a certain light, but we don't know them the way their lover does. Just the way their lover will never know them the same way that you do as their friend. Their mother knows them differently than their roommate, who knows them differently than their colleague. Their secret admirer looks at them and sees an elaborate sunset of brilliant color and dimension and spirit and pricelessness. And yet, a stranger will pass that person and see a faceless member of the crowd, nothing more. We may hear rumors about a person and believe those things to be true. We may one day meet that person and feel foolish for believing baseless gossip.

This is the first generation that will be able to look back on their entire life story documented in pictures on the internet, and together we will all discover the after-effects of that. Ultimately, we post photos online to curate what strangers think of us. But then we wake up, look in the mirror at our faces and see the cracks and scars and blemishes, and cringe. We hope someday we'll meet someone who will see that same morning face and instead see their future, their partner, their forever. Someone who will still choose us even when they see all of the sides of the story, all the angles of the kaleidoscope that is you.

The point being, despite our need to simplify and generalize absolutely everyone and everything in this life, humans are intrinsically impossible to simplify. We are never just good or just bad. We are mosaics of our worst selves and our best selves, our deepest secrets and our favorite stories to tell at a dinner party, existing somewhere between our well-lit profile photo and our drivers license shot. We are all a mixture of our selfishness and generosity, loyalty and self-preservation, pragmatism and impulsiveness. I've been in the public eye since I was 15 years old. On the beautiful, lovely side of that, I've been so lucky to make music for a living and look out into crowds of loving, vibrant people. On the other side of the coin, my mistakes have been used against me, my heartbreaks have been used as entertainment, and my songwriting has been trivialized as 'oversharing'.

When this album comes out, gossip blogs will scour the lyrics for the men they can attribute to each song, as if the inspiration for music is as simple and basic as a paternity test. There will be slideshows of photos backing up each incorrect theory, because it's 2017 and if you didn't see a picture of it, it couldn't have happened right?

We think we know someone, but the truth is that we only know the version of them that they have chosen to show us.

Taylor Swift
Taylor Swift Almost Appeared in "Twilight: New Moon," but She Was Rejected Due to Her Star Status
by Njera Perkins 13 hours ago

Taylor Swift
Taylor Swift Responds to Plagiarism Lawsuit: "The Lyrics to 'Shake It Off' Were Written Entirely by Me"
by Eden Arielle Gordon 1 week ago 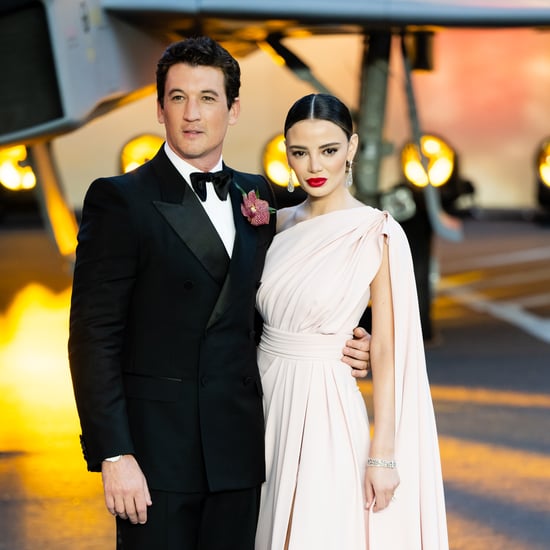