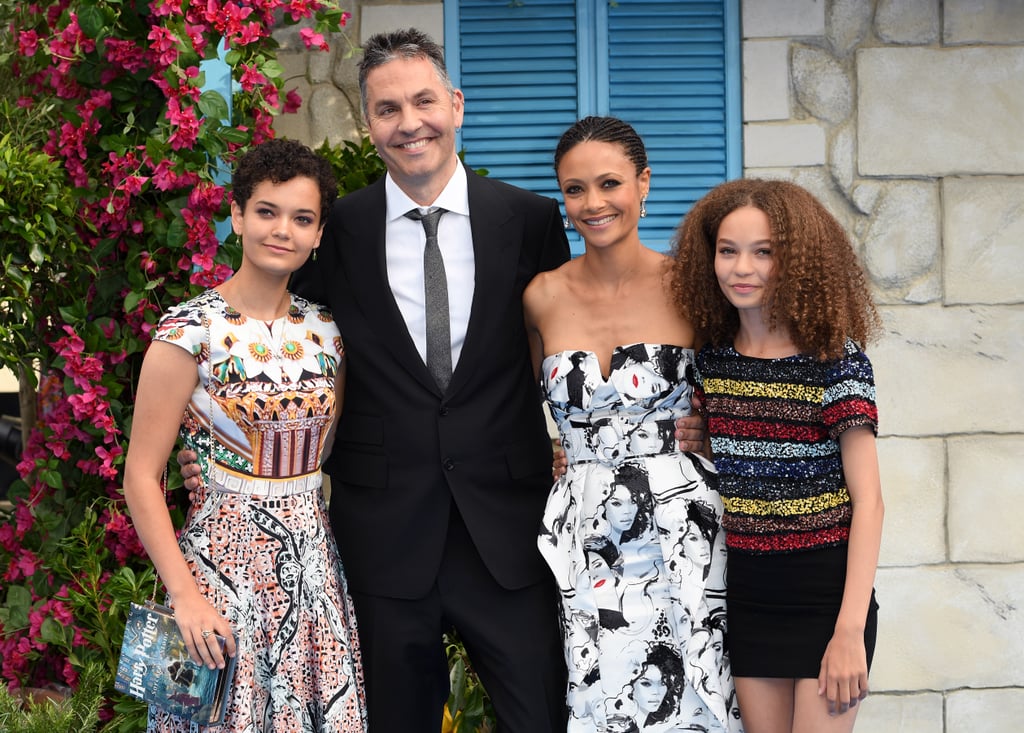 Thandie Newton and director Oliver "Ol" Parker have been married since 1998 and are the proud parents of three gorgeous kids: daughters Ripley, 18, and Nico, 13, and son Booker, who was born in 2014. The English actress clearly blessed her children with her enviable genes, and daughter Nico is even following in her mom's acting footsteps by making her big-screen debut in Disney's upcoming live-action Dumbo adaptation.

We most recently saw the outspoken Westworld star and her husband with their two oldest children at the UK premiere of Ol's film Mamma Mia! Here We Go Again, but it was far from the first time Thandie has been snapped with her kids on the red carpet. She also gave her girls a sweet shoutout during her Emmys acceptance speech! Keep reading to see their family photos.

Related:
Thandie Newton Relies on Vegetarianism and This Style of Yoga to Stay in Shape
Previous Next Start Slideshow
Thandiwe NewtonCelebrity Kids