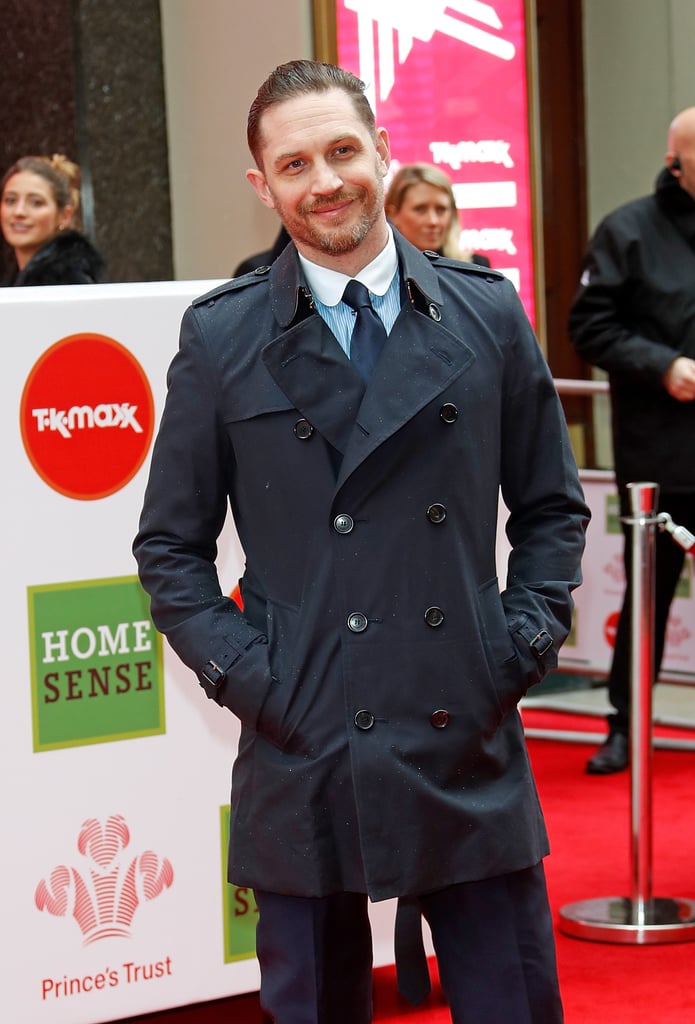 Tom Hardy Mingles With Royalty (Again!) During His First Appearance in Almost a Year

Tom Hardy made his first public appearance in almost eight months when he attended The Prince's Trust Awards at the London Palladium on Tuesday. The Venom actor was joined by the likes of Peaky Blinders costar Helen McCrory, Olivia Colman (who is playing Queen Elizabeth II in season three of The Crown), Bryan Cranston, and the man himself, Prince Charles, to champion the strength of young people across the United Kingdom.

The Prince's Trust was founded by Prince Charles of Wales in 1976 to support vulnerable young people, and the annual awards pay tribute to the bravery, determination, and sheer hard work demonstrated by those supported by the trust. Interestingly enough, Tom's last public appearance included yet another royal. Prince Charles's son, Prince Harry, was the guest of honor at the Dunkirk premiere in London. Read on to see more pictures from Tom's latest appearance below.

Related:
If You're Not Following Tom Hardy on Instagram, Here's What You're Missing Out On
Previous Next Start Slideshow
The RoyalsTom HardyRed CarpetKing Charles IIIBritish CelebritiesThe British Royals