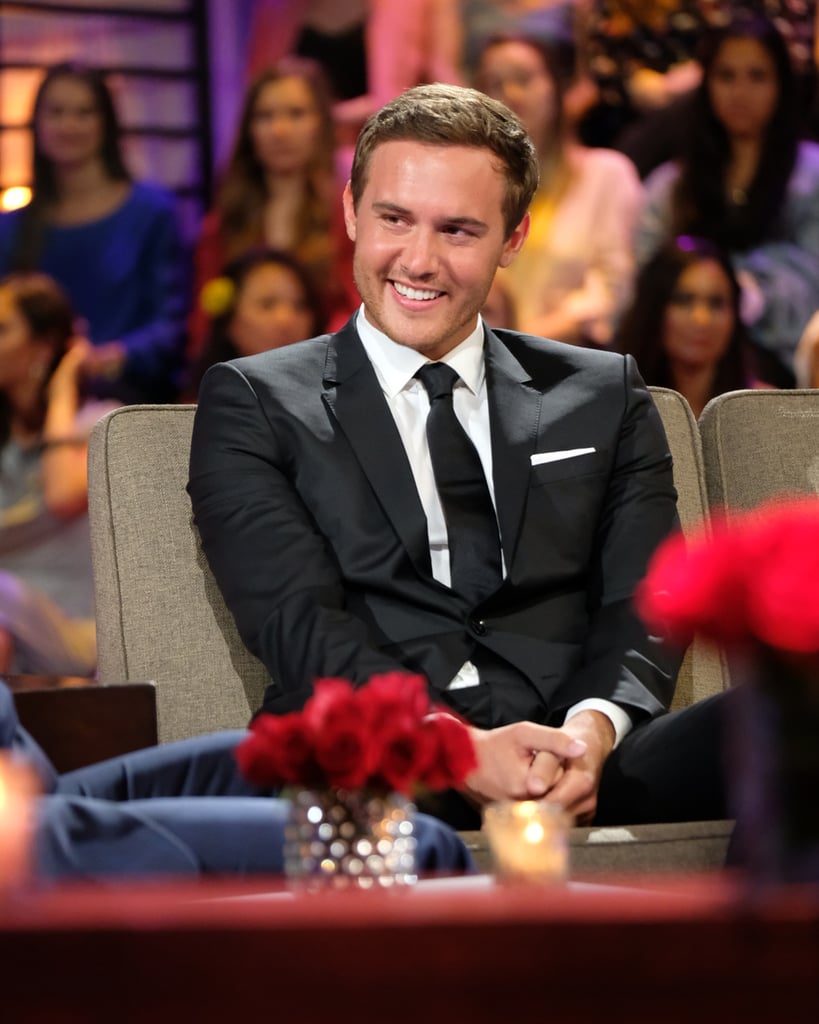 Peter Weber may be known by Bachelor Nation as the guy who had sex with Hannah Brown four times in a windmill, but the 28-year-old pilot from California now has a new claim to fame: he's rumored to be the next Bachelor. Peter, aka Pilot Pete, is officially considered the front-runner for the upcoming edition of the reality dating series, according to Us Weekly. After making it to the final three on Hannah's season of The Bachelorette, Peter stole the hearts of fans. He handled his breakup with Hannah with respect, and dare we say, stamina?

During the first part of The Bachelorette's live finale, Peter spoke about his breakup for the first time. "I don't think you can completely fall out of love with someone," he said. "It's been two months. I've been moving on and doing my best with that and I know time will heal all wounds. A little piece of my heart will always love her . . . This entire journey, I made it a point to always be myself. I wasn't going to change myself for someone else and I wasn't going to be someone I wasn't. I wasn't going to force anything."

Despite rumors that fan-favorite Mike Johnson would be the next Bachelor and make history as the first black Bachelor in the show's 17 years, it looks like show runners are going with Pilot Pete. Fans have a lot of thoughts about Peter being the next Bachelor with all the anticipated flying, soaring, and floating in love puns that are about to take off. Check out what Twitter is saying about Peter Weber as the reported next Bachelor ahead.

Related:
Colton Underwood Is Ready to Hand Over the Reins to the Next Bachelor — Here's His Pick
Previous Next Start Slideshow
The BacheloretteThe BachelorTVPeter WeberTwitter Reactions