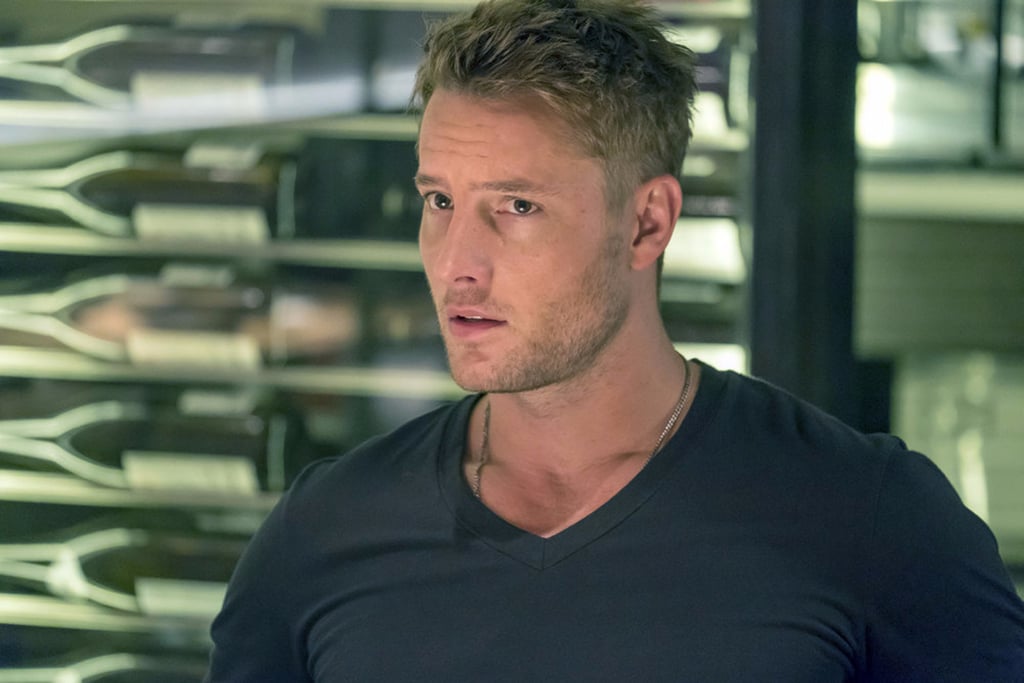 Season two of This Is Us premiered on Tuesday night, and as expected, tears were shed. But early on in the episode, one line from Kevin Pearson (Justin Hartley) had us putting down the Kleenex and looking for our crystal balls. Just hours after news broke that Khloé Kardashian is pregnant with her first child and days after Kylie Jenner's pregnancy news was announced, Kevin joked about the Kardashian brood multiplying, and it was so timely, it's like his good looks gave him psychic capabilities.

Kevin is on the phone with his girlfriend, Sophie, who is devastated she can't make it to Los Angeles to possibly see the Kardashians (and celebrate his birthday, of course), when he jokes, "The Kardashians aren't going anywhere . . . I promise, they're like gremlins, by next week, there'll be like a bazillion more of them."

#ThisIsUs out here predicting the future. “The Kardashian’s are like gremlins by next week they’ll be a bazillion more of em” pic.twitter.com/dIT5kHGBgI

Unless the season premiere was edited a few hours before it aired, which we highly doubt, the writers pretty much predicted the Kardashian baby boom when the episode was filmed months ago, and it left fans shook. Read on to see some of the best reactions, and Kevin, feel free to let us in on any other celebrity pregnancy announcements you see coming in the near future!

Related:
10 People Who Were Not Emotionally Prepared For That Shocking This Is Us Twist
0
previous images
-20
more images
Previous Next Start Slideshow
Kim KardashianThis Is UsKylie JennerKhloe KardashianCelebrity PregnanciesTV
Around The Web