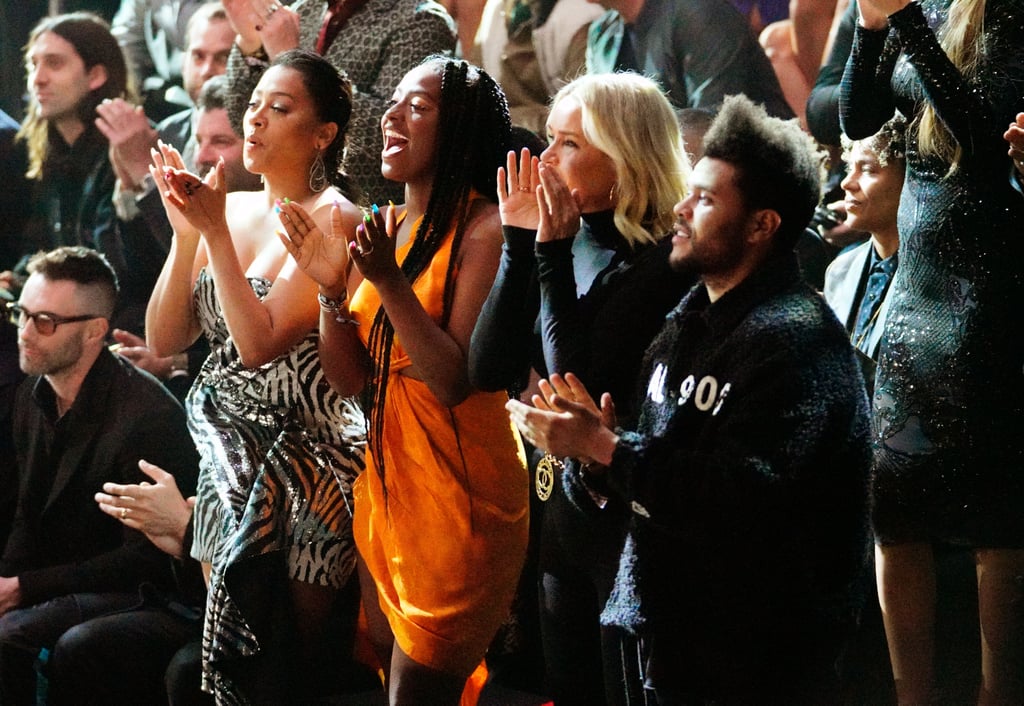 Bella Hadid returned to the runway for the Victoria's Secret Fashion Show in NYC on Thursday, and you better believe The Weeknd was front and center cheering her on. Despite skipping the red carpet, the singer popped up inside and was spotted sitting front row at the show with Bella's mom, Yolanda Hadid. He also mingled with Trevor Noah and Bella's sister Gigi. After the show, Bella and The Weeknd celebrated by hitting the town with Halsey and Luka Sabbat.

Of course, this isn't the first time The Weeknd has watched his girlfriend work her magic on the runway. Back in 2016, The Weeknd performed at the show, and he practically serenaded Bella as she hit the VS runway for the very first time with Gigi. At the time, Bella and The Weeknd had just broken up after a year and a half together, but they ended up reconciling this past Summer. Funny how things work out, huh?

Celebrity Instagrams
Lauren London Honors Nipsey Hussle a Year After His Death: "I Stand Strong Because of You"
by Monica Sisavat 3 days ago

Jimmy Fallon
Jimmy Fallon and Nancy Juvonen Told Their Love Story on The Tonight Show, and Wow, My Heart
by Karenna Meredith 4 days ago 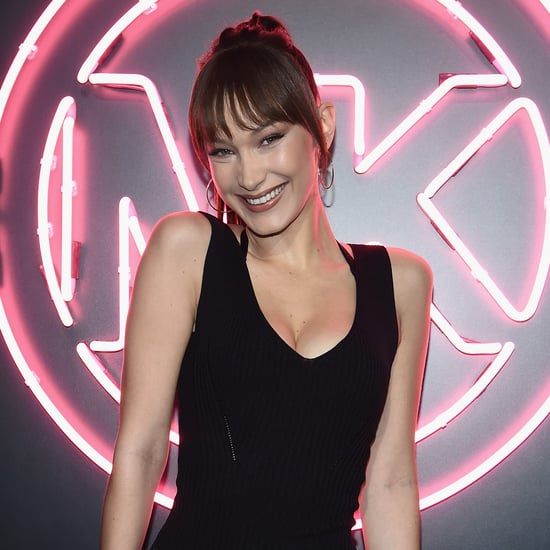 Bella Hadid
Bella Hadid Is Perfecting Her TikTok Game While Social Distancing, and She's Got Moves
by Monica Sisavat 17 hours ago