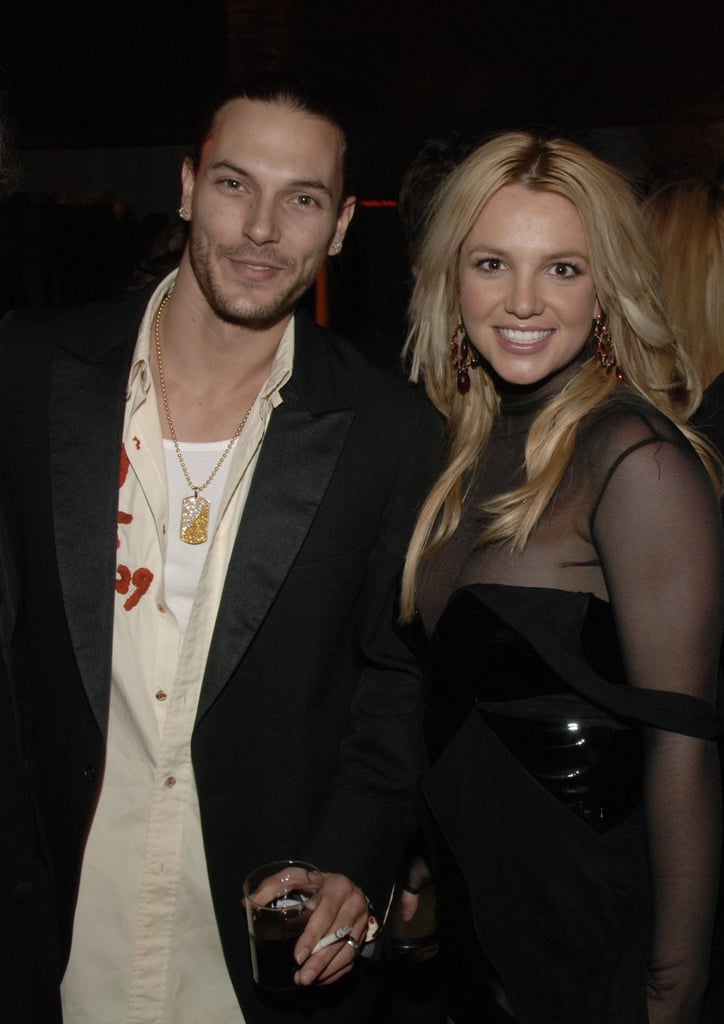 Britney Spears once told Marie Claire UK that, despite her superstar status, dating can be a real challenge. But that doesn't mean she hasn't had her fair share of romances. While some of us still can't seem to let go of the young love Britney and Justin Timberlake once shared, you may have forgotten that she also dated former Hollywood bad boy Colin Farrell and even married her high school boyfriend Jason Alexander. During her "Carpool Karaoke" session with James Corden back in August 2016, the singer said, "I think I might not ever go to men again, do the whole men thing anymore, or get married. I'm just done with men . . . I'm not going to marry someone. No, I don't believe in marriage anymore." Well, it seems Britney had a change of heart, because she has since struck up a romance with one of her dancers. Keep reading for a look at Britney's former — and current — flames.

Related:
28 of the Sexiest Instagram Snaps Britney Spears Has Ever Posted
Previous Next Start Slideshow
Britney SpearsCelebrity CouplesCelebrity Facts
Around The Web

Celebrity Facts
Get to Know Teyonah Parris, the Star Playing the Iconic Monica Rambeau on WandaVision
by Monica Sisavat 2 days ago