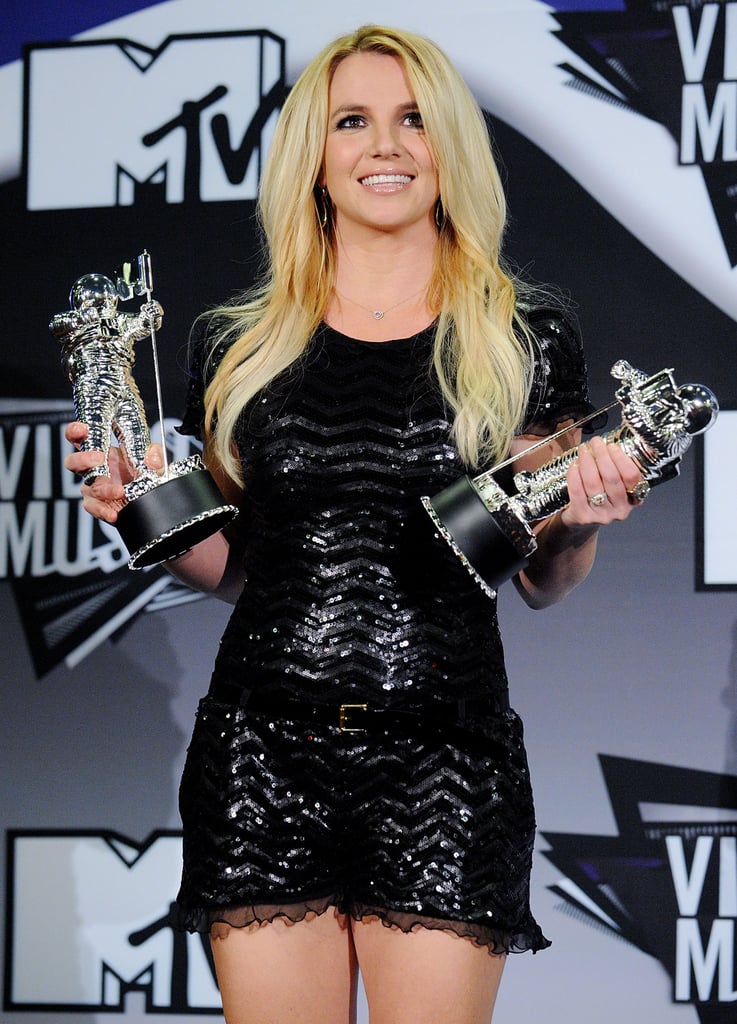 For many of us who were teenagers in the 2000s, Britney Spears is the VMAs. Not only have her music videos influenced a generation of young girls (for better or for worse), but her headline-making performances at the show always have people talking.

Like you, dear reader, I remember exactly where I was when Britney ripped off her suit and exposed a nude-colored bra and pants covered in rhinestones to perform "Oops! . . . I Did It Again." I vividly recall when she danced around that stage holding a giant Burmese python for "I'm a Slave 4 U" (when will your fave?), and I'll never forget when she kissed Madonna and the camera immediately panned to her ex Justin Timberlake, who was barely keeping himself together in the audience. And even though I shudder to think about the lackluster, half-hearted performance of "Gimme More" that she gave during one of her lowest points in 2007 — the Year We Do Not Speak Of — it doesn't take away from the fact that Britney Spears has given the VMAs many of its best moments. So in 2011, when MTV announced that they would be honoring the pop star with their coveted Michael Jackson Video Vanguard Award, I was thrilled. She more than deserved it.