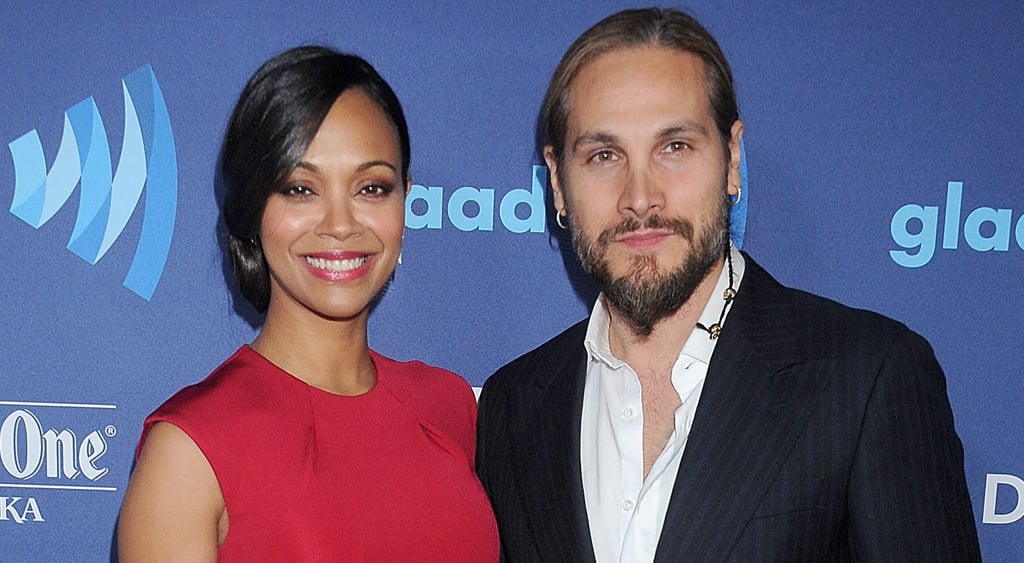 Zoe Saldana has chimed in on the Dolce & Gabbana boycott. In the midst of the backlash over designers Stefano Gabbana and Domenico Dolce's comments about gay parenting, E! News caught up with Zoe on Saturday and asked whether she would boycott the brand. "No! Not at all. That would be the stupidest thing if it affected my fashion choice," Zoe reportedly said. "People are allowed to their own opinion. However, I wouldn't have chosen to be so public about something that's such a personal thing."

Zoe reportedly made the comments while attending LA's GLAAD Media Awards with her husband, Marco Perego, with whom she recently welcomed twin babies. According to GLAAD's website, the purpose of the event is to "recognize and honor media for their fair, accurate, and inclusive representations of the lesbian, gay, bisexual, and transgender community and the issues that affect their lives." In the past week, the Dolce & Gabbana boycott has become an important issue for famous gay parents, including Elton John and Ricky Martin, and other stars who have spoken out against Stefano and Domenico's stance on IVF. According to a translation of their interview with Italian magazine Panorama, the former couple said IVF results in "children of chemistry, synthetic children. Uteruses for rent, semen chosen from a catalog."

News
"Permacrisis" Is the Word of the Year, but What Does It Actually Mean?
by Melanie Whyte 11/02