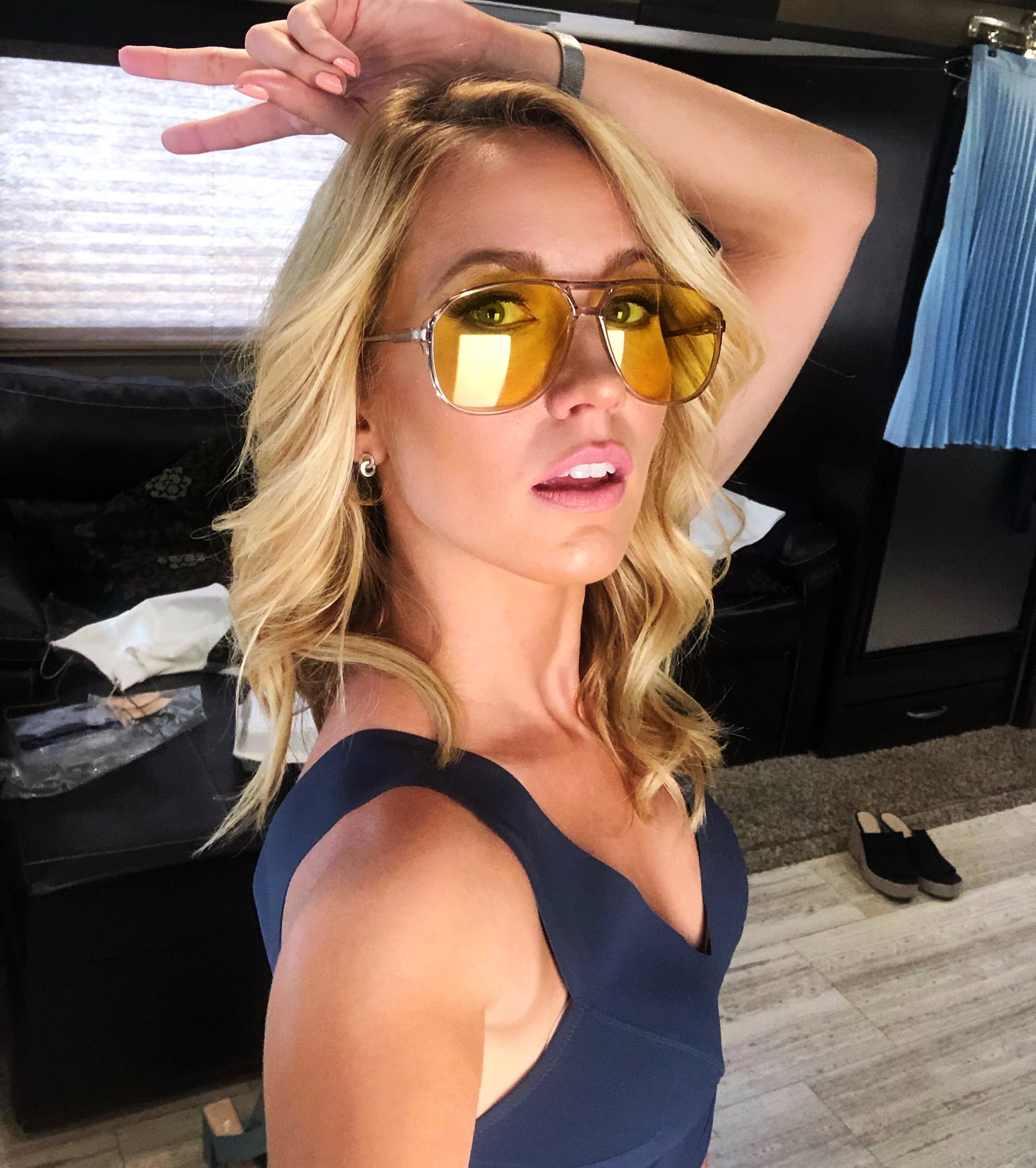 If you're looking for a fun comedy about female friendship and hilarious hijinks, we highly suggest Netflix's Desperados. The film follows three pals (Nasim Pedrad, Anna Camp, and Sarah Burns) who embark on an impromptu trip to Mexico in an effort to delete an email one of them sent to her boyfriend. What ensues is a crazy adventure they'll probably never forget. As Anna perfectly put it, "You can't really leave your house right now and travel, but you can watch a movie and pretend that you're having a wild, crazy girl trip in Mexico."

In honor of the film's release, we spoke with the Pitch Perfect alum as part of our new Q&A series, Last Call. Keep reading for more on Anna's time filming, what she's currently binge-watching on Netflix, and the adorable last gift she received from her boyfriend, Michael Johnson.

POPSUGAR: What was your last day on the set of Desperados like?
The last day on set was a night shoot for me. We were at the resort in Cabo, and it was the scene where we throw the water on Wesley, and she's running around in the towel. It was so good to go out on a fun, high note. I remember LP, the director, was just telling us to improv things, and Sarah Burns and I improved that high five where we missed each other. I think I wrapped around maybe 3 in the morning or something like that. It was super fun, and we had a blast.

PS: When was the last time you did something spontaneous with your best friends?
I have no idea. Can that be my answer? Only because, my God, we've been quarantined for so long, I don't think I've done anything spontaneous in it feels like a year, but I know it's probably been about six months or something, so I really have no idea.

PS: What's the last thing you texted?
The last thing I texted was good morning to my dad. I wrote, "Morning, Daddy-O. I hope you and Saluda [my sister] are having fun at the beach," with a heart emoji.

PS: What's the last thing you watched on Netflix?
I am in the middle of watching Bloodline. I'm catching up on it. It's so, so, so good. I'm on season three, and I have about six more episodes to go. Oh my God. I'm like, "How did I miss this show?" But thank God I did, so now I have something to watch that's incredible.

PS: What's the last thing you ordered online?
I Postmated some sushi last night, if that counts. 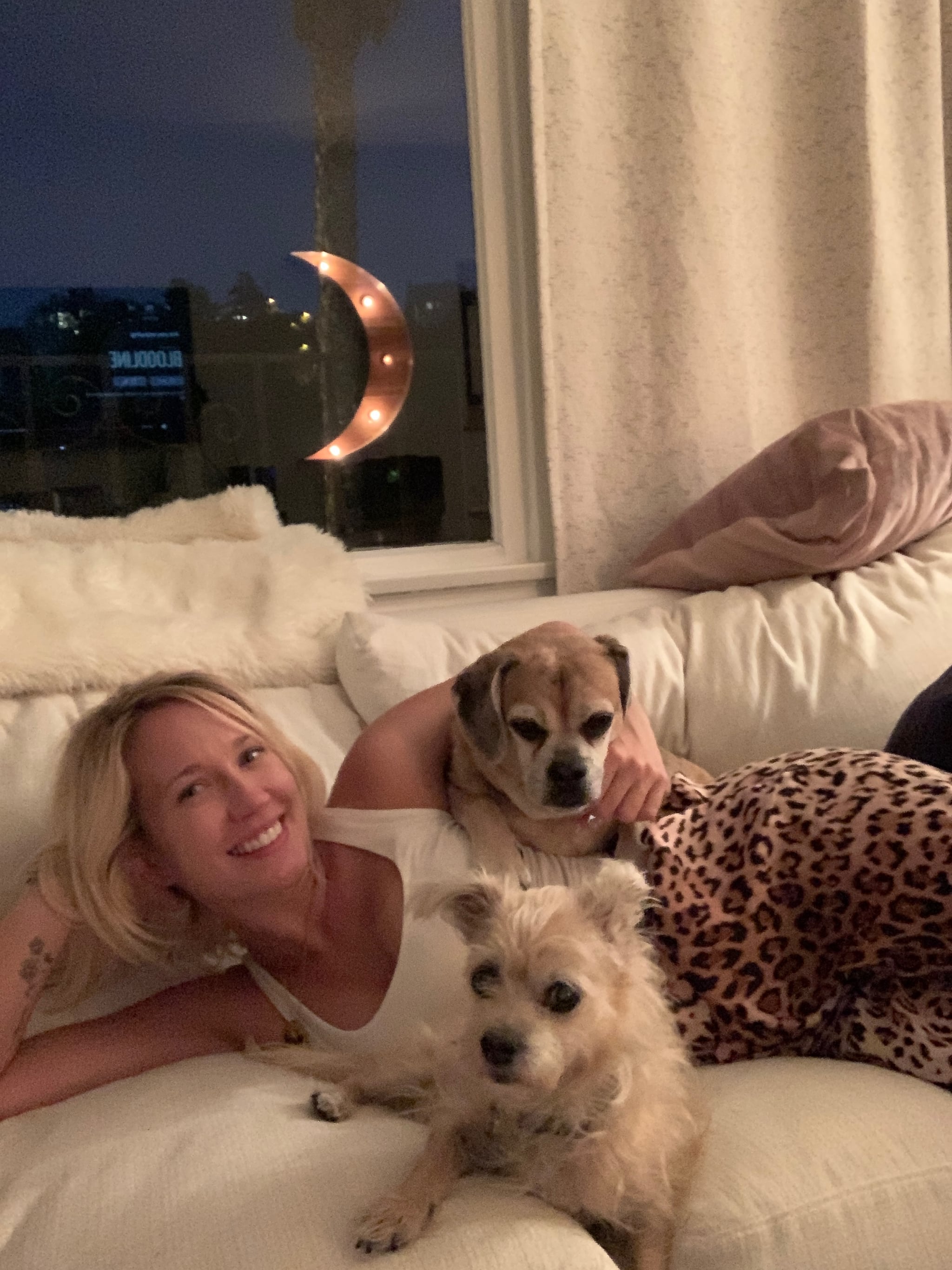 PS: What's the last photo on your camera roll?
The last photo on my camera roll is me lounging on my couch with my dog, Rocky, and my boyfriend's dog, Billy. I want a puppy. We're going to get another one, I think. I was like, "Now's the time to get a puppy and train it because there's nothing else to do."

PS: What's the last thing you do before going to bed?
I have to wash my face and brush my teeth, no matter what. I cannot sleep if I have makeup on.

PS: What's the last beauty secret/tip you learned that you always do now?
I was always kind of scared to do this, but then my makeup artist would do it on set of Desperados, where you have a blow dryer and you hold it near your eyelash curler. Not right on it, but you kind of heat it up. So now I do that every time I curl my lashes — it makes them curl even better. 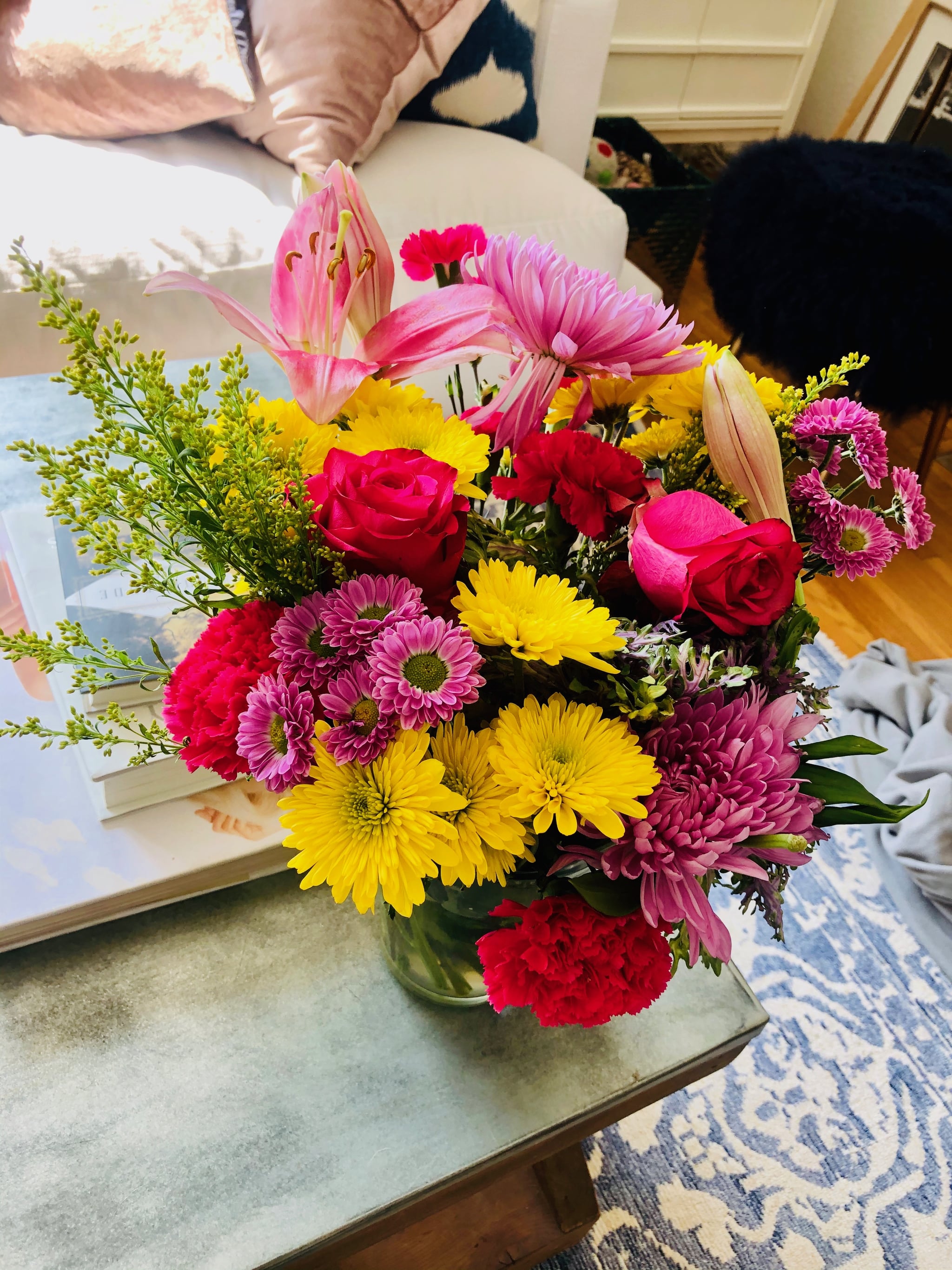 PS: What was the last gift you received?
The last gift I received was a bouquet of flowers from my boyfriend. I think there's tiger lilies and some red roses. It's a really colorful bunch of flowers.

PS: What's the last piece of advice you received that changed your life?
There's just a lot of stress going on in the world right now, and my dad always says this to me, he's always like, "This too shall pass." You can't really get too caught up in the negative. I always say that and repeat that to myself over and over and over. Just know that what goes up comes down and vice versa, and this too shall pass.

PS: What was your last workout?
I am super lucky that I bought myself my own elliptical machine a couple of Christmases ago. I gave myself a Christmas present. So, I pump up the jams and I ellipticize for about 45 minutes and then do free weights and crunches. So, the last time I did that was, I would say, last week.

PS: What's the last book you read?
I'm in the middle of reading a book called The Sun Down Motel. It's this period noir creepy mystery set in 1982 about a girl who is working at this very creepy motel and all of these weird things start happening to her. It's really good.

PS: What's the last song/album you listened to?
I was listening to Miranda Lambert's "Bluebird." I love that song. It's so great. I want to learn it so I can sing it at karaoke, whenever karaoke opens.