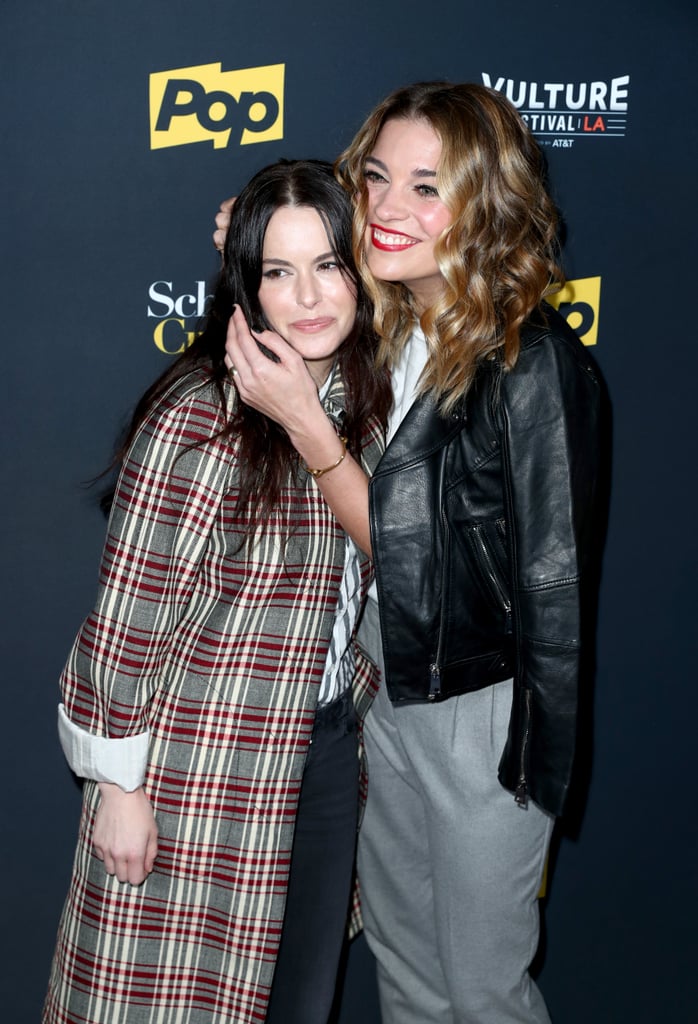 Alexis Rose and Stevie Budd may not have much in common on Schitt's Creek, but IRL, the actresses who play them couldn't be closer. For five years and six seasons, Annie Murphy and Emily Hampshire spent endless hours together on set, and judging from all their cute pics together on social media, the two have forged a bond for life. It's a beautiful friendship that almost never happened because — as Annie revealed to Vulture during an April 2018 interview — she originally auditioned to play Stevie but knew she could never pull off the role once she saw Emily perform. "I don't want to live in a world where Emily doesn't play Stevie!" Annie added. And we don't want to live in a world where these two aren't besties. Check out the gallery for their cutest BFF pics of all time.