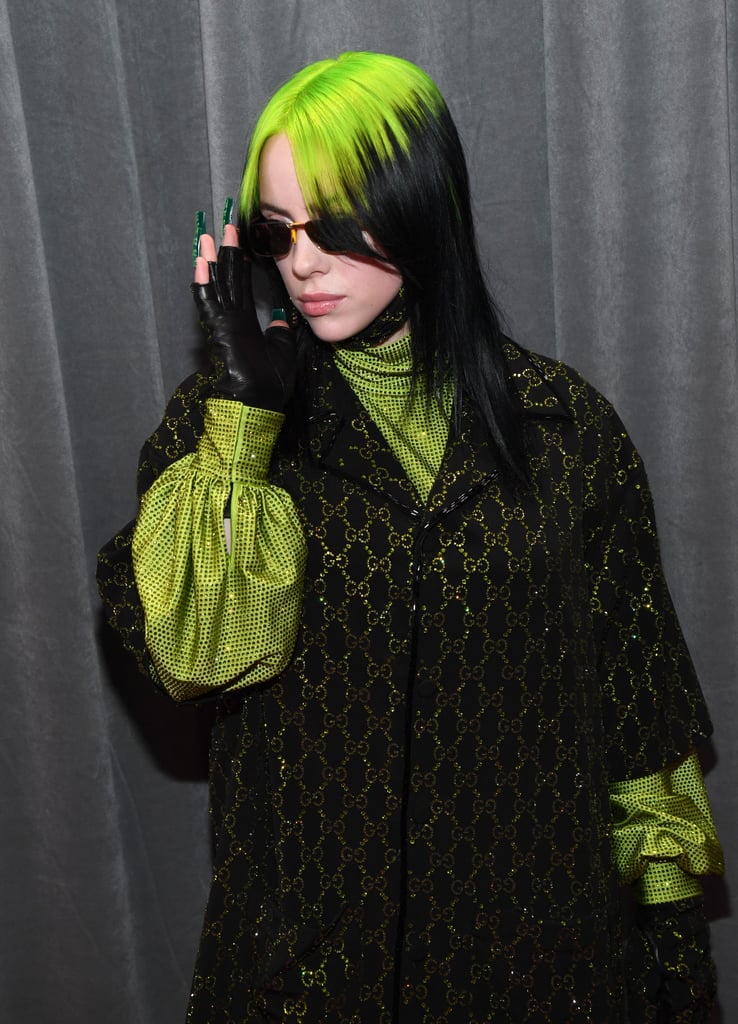 Billie Eilish attended her very first Grammys on Sunday night, and completely stole the spotlight. The 18-year-old sported her signature green hair and a matching outfit as she arrived at the Staples Center in LA. After waving to her adoring fans outside, Billie once again proved she's one of the coolest stars around as she struck a few poses for the cameras. During the show, Billie performed "When the Party's Over" alongside her brother Finneas O'Connell, before making history with her five wins. In addition to taking home best pop vocal album, Eilish also become the youngest person to win Grammys in all four major categories: album of the year, record of the year, song of the year, and best new artist. Needless to say, it was a big night for the star. See more pictures of Billie at the Grammys ahead.