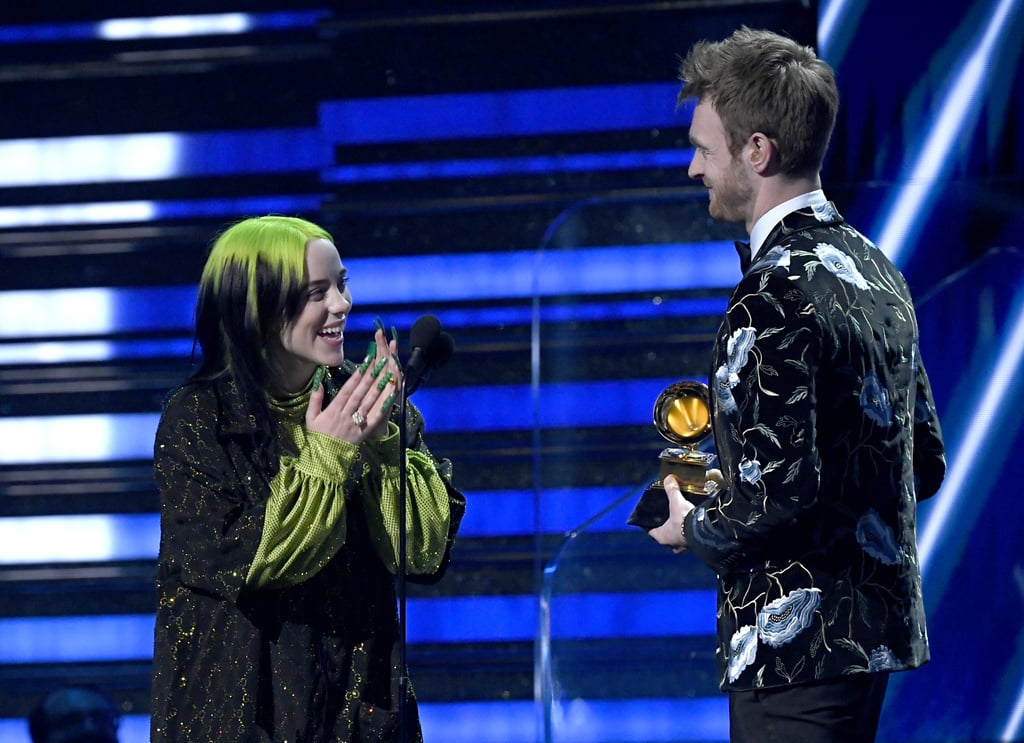 During her acceptance speech for song of the year, Eilish took a moment to reflect on the special honor. "I feel like I joke around a lot and I never take anything seriously at these kind of things, but I genuinely want to say I'm so grateful," she said before the passing the mic to her brother and best friend, Finneas O'Connell. He then gave a shout-out all the aspiring musicians who are currently writing music in their bedrooms. "You're gonna get one of these," he said, holding up his Grammy. Watch her speeches from the night ahead.