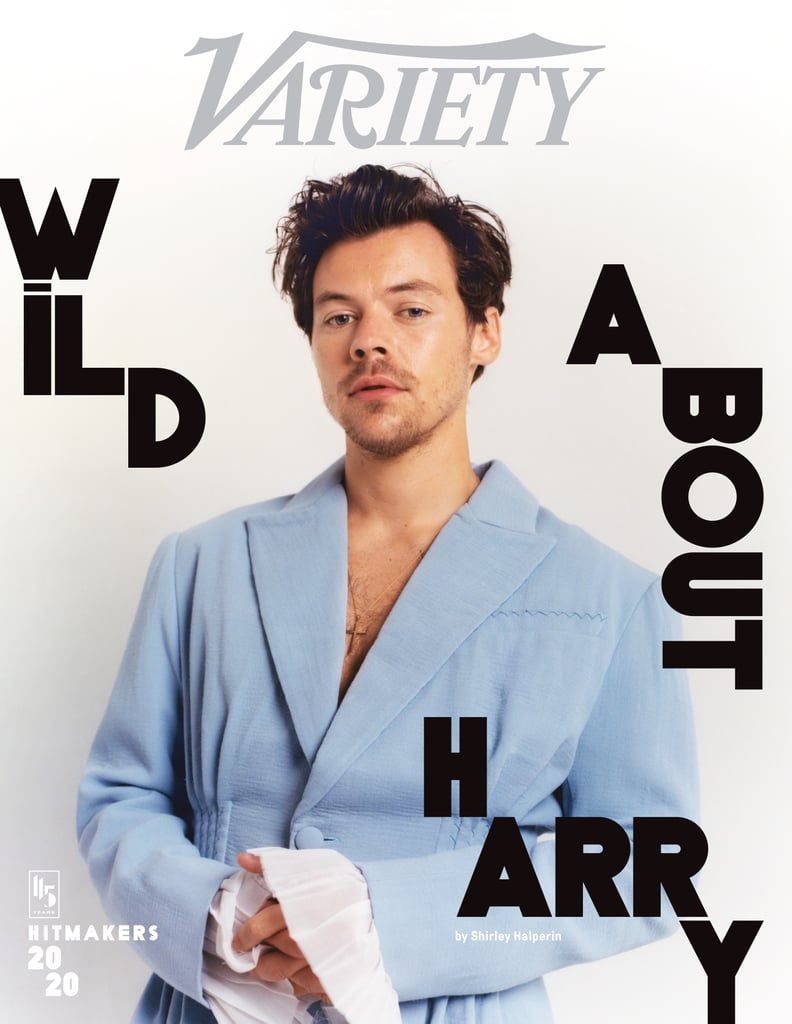 Harry Styles Wants to Do the Right Thing: "I Don't Think I've Been Outspoken Enough in the Past"

After the critical and public reception of Harry Styles's Fine Line, it's no wonder he was tapped to be Variety's "Hitmaker of the Year." From the success of "Watermelon Sugar" and the stunning visuals of the "Golden" music video to his casting in Don't Worry Darling, Harry has had a banner 2020, which he discussed as part of his Variety Hitmakers issue cover story. The 26-year-old isn't shy about how he's found time for himself this year while making sure to also become more outspoken about things that matter to him, like making sure "the right things are still being done and the right people are getting the right opportunities." Ahead, you can read some of his best quotes from the interview, including those about race and the music industry, his time in One Direction, and his music-making process.