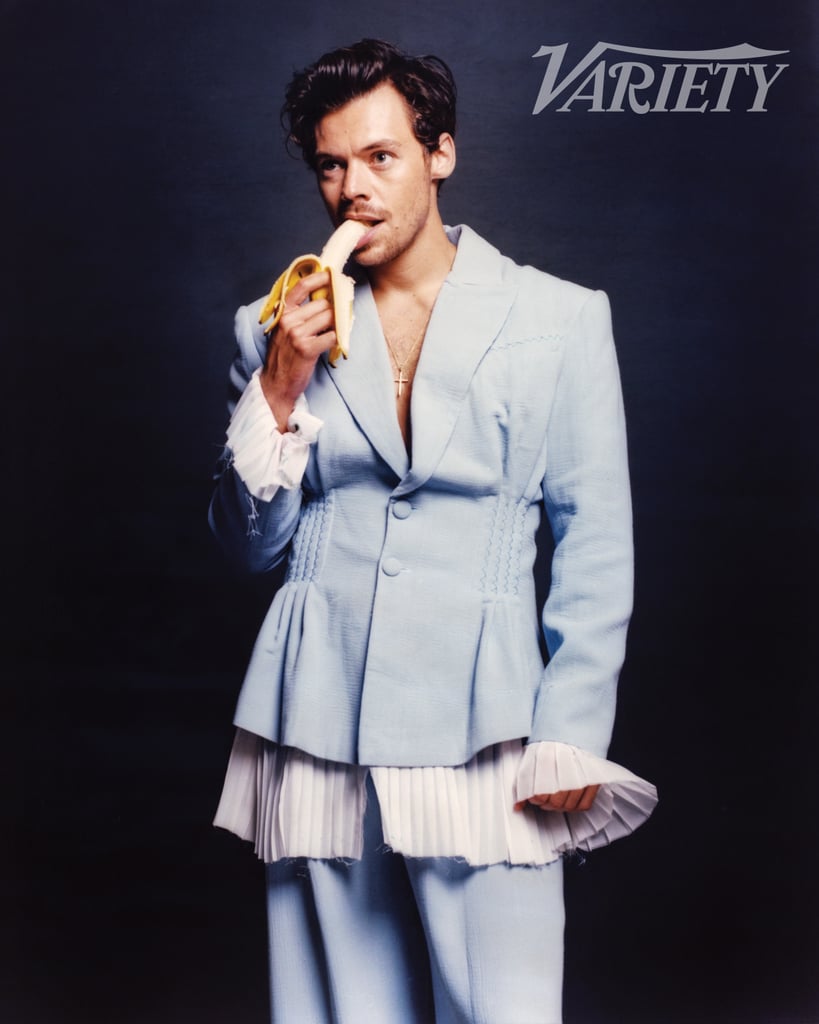 Was there ever a more elegant clapback? Harry Styles responded to Candace Owens's ignorant comments about the singer's gender-fluid Vogue cover with a very cheeky Instagram photo and the caption, "bring back manly men."

The witty image took aim at the conservative pundit's critique of Styles wearing a Gucci gown on the December 2020 cover of Vogue. Owens shared to Twitter that "there is no society that can survive without strong men," and the West must "bring back manly men." In response, Styles shared an image of himself to Instagram wearing a chic Palomo Spain powder-blue suit with a white pleated shirt and a gold cross necklace, while eating a banana.

Photographed by Parker Woods, the image is part of an editorial shoot for Variety, in which Styles shared that "to not wear [something] because it's females' clothing, you shut out a whole world of great clothes." The singer thinks that "what's exciting about right now is you can wear what you like. It doesn't have to be X or Y. Those lines are becoming more and more blurred." Maybe this gives more significance to his second album title, Fine Line? Get a closer look at Styles using fashion to rebel against gender stereotypes in the full editorial shoot for Variety ahead.