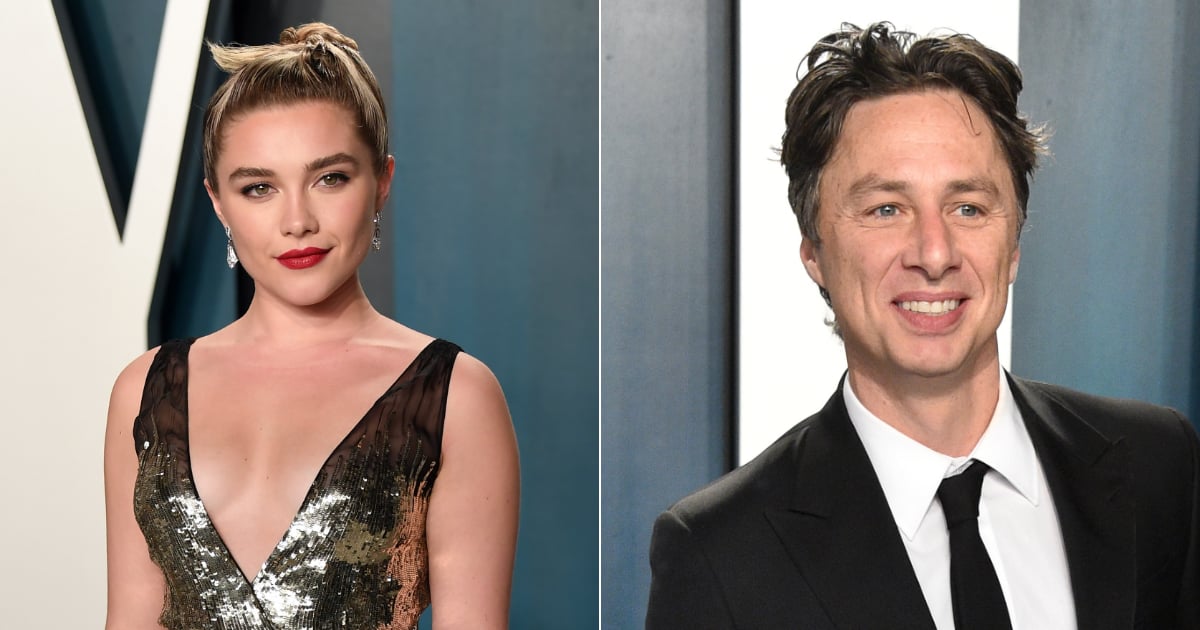 Florence Pugh celebrated boyfriend Zach Braff's 45th birthday with her very first Instagram post of him. Though the two actors have been linked since at least April 2019, they haven't been very loud about their relationship, but it seems like that might be changing.

Florence and Zach worked together on Zach's short film In the Time It Takes to Get There in April 2019, which seems like the place their romance started. The couple were pictured together holding hands in New York City that same month, though Cosmopolitan reports that Zach was out there "liking" Florence's Instagram posts months earlier. However, because the two weren't actually seen together until April 2019, we're assuming they met while working on Zach's film and took it from there.

These two haven't yet hit a red carpet together and have been fairly quiet about their relationship, quite possibly because of the age gap between them. Florence is 24 and Zach just turned 45, which doesn't seem to bother them in the slightest, but Florence keeps having to defend herself from haters. Back in December, Zach dropped a princess emoji comment on one of Florence's Instas, and a troll chimed in to remind him of his age. Florence expertly replied, "And yet he got it."

Maybe this is why she's refrained from even sharing her relationship on her Instagram. She couldn't resist celebrating Zach's birthday, though, sharing a photo of him with his puppy. She posted a follow-up video after that pointing out that being hateful is not trendy, and she actually had to turn off comments on her birthday post for Zach. She said in the video, "I do not need you to tell me who I should and should not love, and I would never in my life ever, ever tell someone who they can and cannot love. It is not your place. It has nothing to do with you."

And that is that.