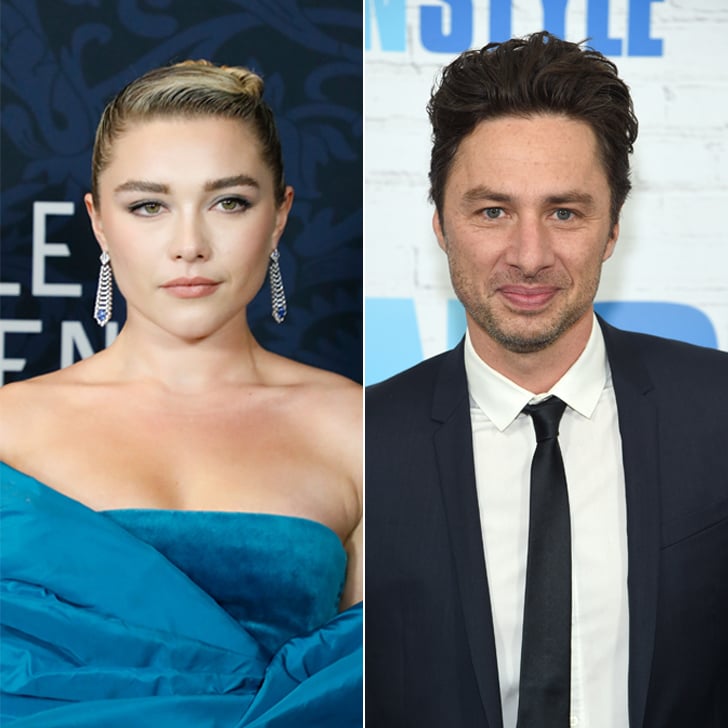 Florence Pugh pretty much just confirmed her rather under-the-radar romance with Zach Braff. The two haven't made many joint appearances, but they were spotted holding hands back in April. A recent critical Instagram comment, however, roused the 23-year-old Little Women star to speak publicly about the relationship.

Under a photo of Florence posing in front of a Los Angeles deli, Zach commented with the princess emoji. That's when a follower criticized the couple's 21-year age difference and commented, "You're 44 years old," which then prompted Florence to respond, "And yet he got it." Damn.

Zach has previously been linked to Mandy Moore, Shiri Appleby, and model Taylor Bagley, who he dated from 2009 to 2014.

Lindsay Lohan
Lindsay Lohan Marries Bader Shammas: "I Am the Luckiest Woman in the World"
by Sabienna Bowman 8 hours ago