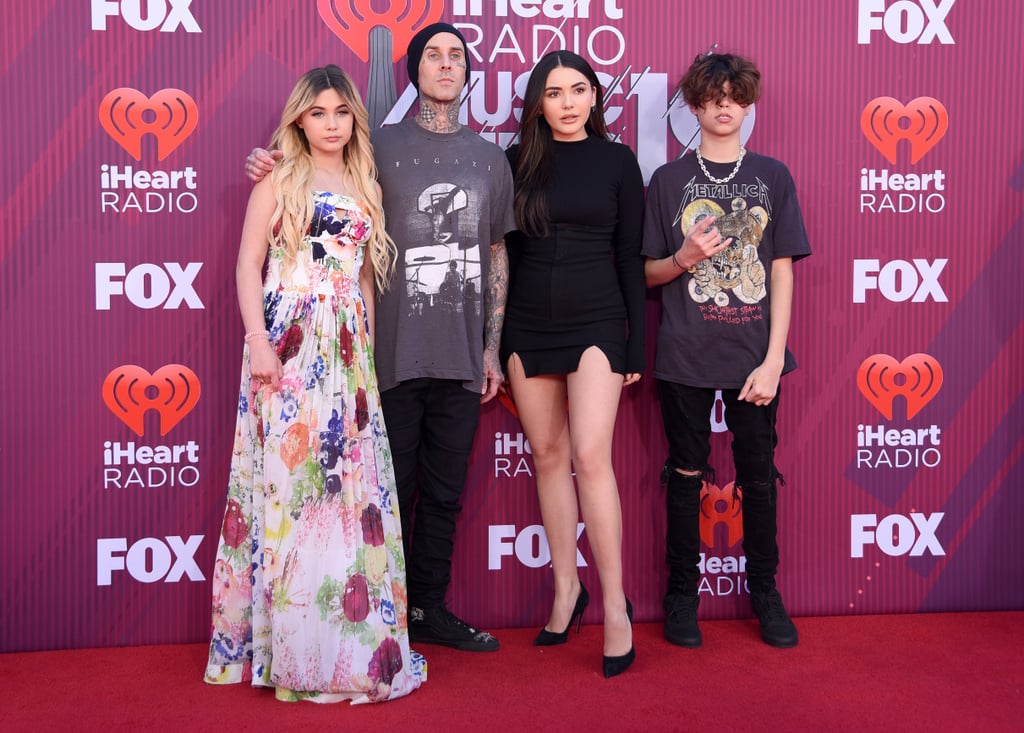 If we've learned anything about Blink-182 drummer Travis Barker over the decades, it's that he loves tattoos and he loves his kids. With their rock-star dad in the spotlight for much of their childhood, Barker's kids, Landon and Alabama, and their stepsister, Atiana, haven't had the most conventional upbringing. And they've found themselves in the spotlight even more thanks to their dad's fiancée, Kourtney Kardashian. (Case in point, following Barker's romantic proposal in October, Alabama photographed and posted Kardashian's giant engagement ring.)

For his part, the musician has made it known since the beginning that his family is his number one priority. He even bought a home near their school when he and ex-wife Shanna Moakler were separating so the kids would have a home base. "I bought a home that's very close to my children's school, so when she's with the kids, she's there; when I'm with the kids, I'm there. There's no making them travel back and forth to different houses," he explained to People magazine back in 2017.

Whether he's gushing about his love for his kids on Twitter, saying "I love being a Dad more than anything, best thing to have ever happened in my entire life" (aww!), or posting sappy throwback photos on Instagram, Barker is all about dad life — which is about to get even busier with the additions of future stepchildren Mason, Penelope, and Reign, Kardashian's kids from her relationship with Scott Disick.

On top of that, we can't help but admire the trio's close bond, both as siblings and with their dad. Get to know Atiana, Landon, and Alabama ahead!