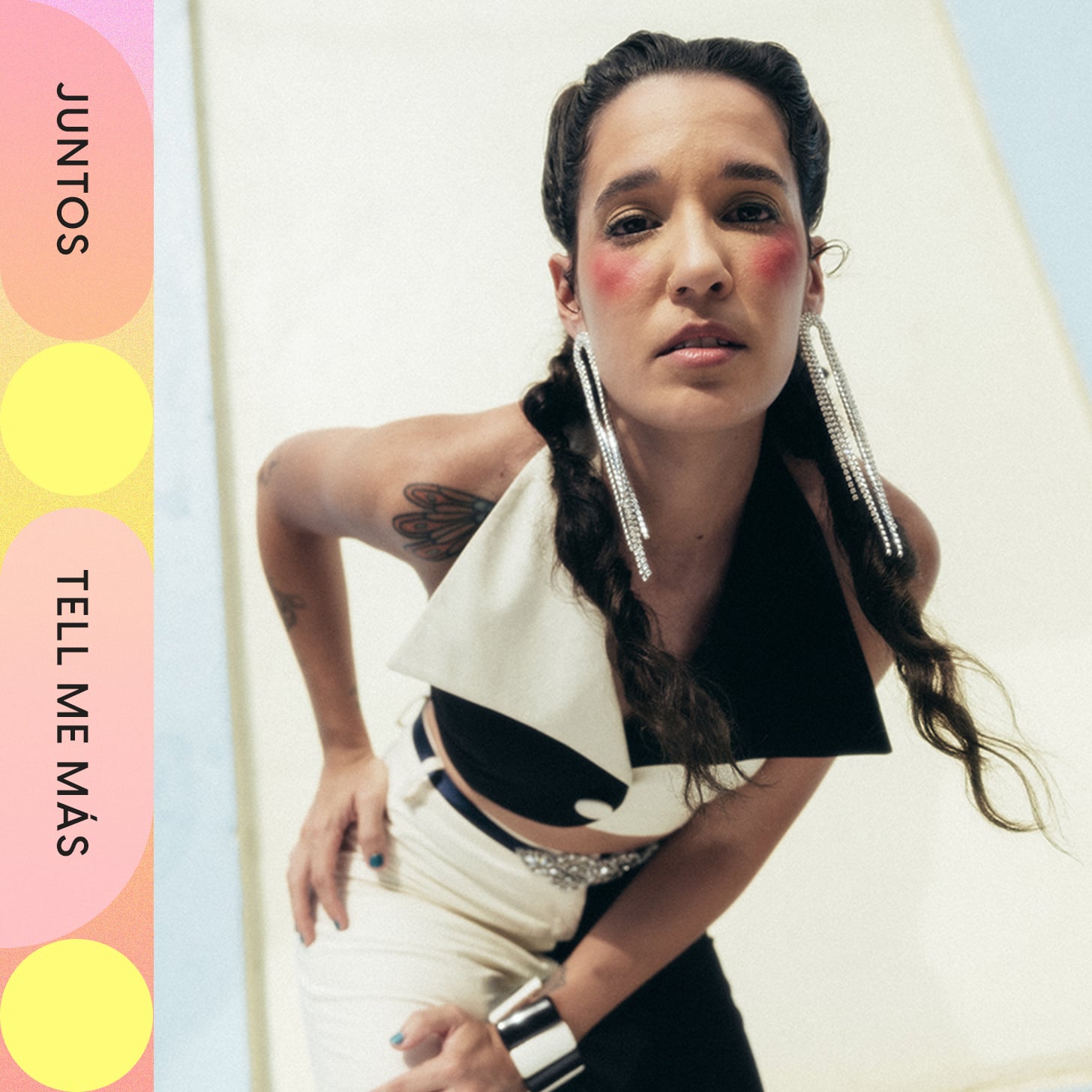 When Ileana Cabra Joglar, known professionally as iLe takes the stage at Brooklyn's Public Records, it is to a round of raucous applause and whistles—something the Puerto Rican singer-songwriter is no doubt used to by now. As one-third of the reggaeton group Calle 13, iLe toured with her brothers, Eduardo Cabra Martinez and René Perez Joglar, performing at packed coliseums in Puerto Rico and arenas around the world before embarking on her own solo career. With her debut album, "iLevitable," she announced her arrival as a solo artist in triumphant fashion—embracing her own path and a sound independent of the one she'd cultivated alongside her brothers while snagging herself the Grammy for best Latin rock, urban, or alternative album. Now, that path has led her to Public Records, where before an intimate crowd she preps to preview her third and maybe most personal album yet, "Nacarile."

"It took a while for me to work on this album. It was tough with everything going on around me. I was feeling very dispersed. I was feeling lost and confused."

"It took a while for me to work on this album. It was tough with everything going on around me. I was feeling very dispersed. I was feeling lost and confused," iLe says in a phone interview with POPSUGAR. Given the challenges presented by the pandemic and the current state of affairs in Puerto Rico, it's not hard to imagine why. In 2019, two years after Hurricane Maria devastated Puerto Rico, iLe followed up her critically-acclaimed debut with "Almadura," a rousing call to action that tapped into the frustration and angst of a people tired of the corruption, incompetence, and hardships of a life lived in colonial limbo. As calls for disgraced Governor Pedro Rosello to resign swept the island, iLe and her brothers—along with others like Bad Bunny, Ricky Martin, and Nicky Jam—were crucial voices in organizing and amplifying the voice of protesters on the frontlines while using their art to send a strong message to the Puerto Rican government.

But the changes brought by the protests would prove to be short-lived and with the pandemic, the forward momentum needed for change would all but come to a halt. ILe herself would only play a handful of shows for "Almadura" before being forced to cut her tour short and quarantine at home—a transition that proved to be uncomfortable and filled with uncertainty, but ultimately, necessary.

"I struggled a lot at the beginning because I was ignoring what I was feeling. But obviously, we were living through a crisis, not only with the pandemic but on the island socially. Not knowing what was going to happen next was very confusing. So I just tried to let everything out through music. It was a way of healing what I was going through." For iLe, quarantine was an opportunity to learn to let go and not put so much pressure on herself—something that might seem easy in theory, but was much more difficult in practice. On "iLevitable," iLe worked with a total of 78 of Puerto Rico's best musicians to laboriously craft a sound that paid homage to the island's rich musical tradition—even going so far as to mix the album using analog methods rather than digital. With "Almadura," the percussion-heavy focus allowed iLe to weaponize her anger and frustration in a more explosive way, resulting in a more rigid melodic structure, and limiting her ability to experiment vocally. But with "Nacarile," iLe has learned to just let the music just flow.

"In this album, everything connected. The whole situation of feeling a little trapped made me confront more sides of myself, and all that translated into [musical] textures. Everything is more suspended."

"In this album, everything connected. The whole situation of feeling a little trapped made me confront more sides of myself, and all that translated into [musical] textures. Everything is more suspended," she shares. Even the title, "Nacarile," speaks to iLe overcoming the uncertainty and doubt that plagued her over the course of quarantine. In Puerto Rican Spanish, "nacarile" roughly translates to "no way!"

"I think it was my way of getting out of there. You know, I was so submerged in that feeling of uncertainty and there came a point where I just needed to acknowledge it and confront it," she says. And on a chilly Friday night at Public Records, she's ready to do just that, previewing the album on the day of its release for an intimate crowd. Backed by floaty textures and synth vibes, her brassy contralto resounds throughout the modest space. If "iLevitable" was an ode to Puerto Rico's storied past and "Almadura" a rally for its future, "Nacarile" is a journey focused more on the singer's resilience than that of her surroundings. Over eleven songs, she navigates a variety of topics from toxic love to gender dynamics and colonialism. And while she does so while inviting more of her contemporaries to join her than ever before (the disc features the likes of Natalia Lafourcade, Mon Laferte, Ivy Queen, and more), with "Nacarile," iLe feels she has really come into her own. "I learned something new about myself," she says.

Read on to learn more about iLe, her personal style, and what she misses most about her days as a member of Calle 13 days.

iLe: "House of Dragon." I'm enjoying it. It's entertaining.

iLe: I'm not a reader. So I think it's probably the "Unbearable Lightness Being" by Milan Kundera. But like, many years ago. [laughs]

POPSUGAR: Whose Album Are You Obsessing Over Right Now?

iLe: I haven't been listening to whole albums recently just because I've been so busy. I'm going to have to go to very old school. I was listening to Ismael Rivera "Traigo De Todo." It's an album that I listen to frequently in different contexts.

POPSUGAR: Who Are You Excited to See Win at This Year's Latin Grammys?

iLe: I'm not really sure who is nominated, but obviously if my brothers Eduardo and René are, I want them to win. [laughs]. If not them, then Jorge Drexler.

POPSUGAR: How would you describe your personal style?

iLe: I never know how to describe it exactly. Maybe the easiest word is eclectic because when you don't know how to define something you say eclectic. But I like to play with textures. My friend and stylist, Daniela [Fabrizi], we've known each other since we were seven years old. We have a very beautiful connection and I love her work. She loves to explore a lot with upcycled materials and it has been very fun. We don't just see fashion as trends, we see it as an art form, and we keep learning a lot throughout the process.

POPSUGAR: What should people know about the fight for Puerto Rican independence?

iLe: That [the island's status] is not a benefit. It's not a privilege. It's an oppression. And that it's still hard for us to understand and see that because it takes us to an uncomfortable and sad place. But I think, little by little, we have been understanding that and digging up more information and trying to reconnect our history with our reality. And big changes take time, so I do feel hopeful that that day will come when we value more what we are as a country and what we can do.

POPSUGAR: What do you miss most about your time with Calle 13?

Becky G
Becky G Tearfully Celebrates Making the Forbes "30 Under 30" List: "Mija, We Did It"
by Chanel Vargas 5 hours ago

Music
"The White Lotus": Beatrice Grannò Is a Talented Singer in Real Life, Too
by Victoria Messina 11 hours ago