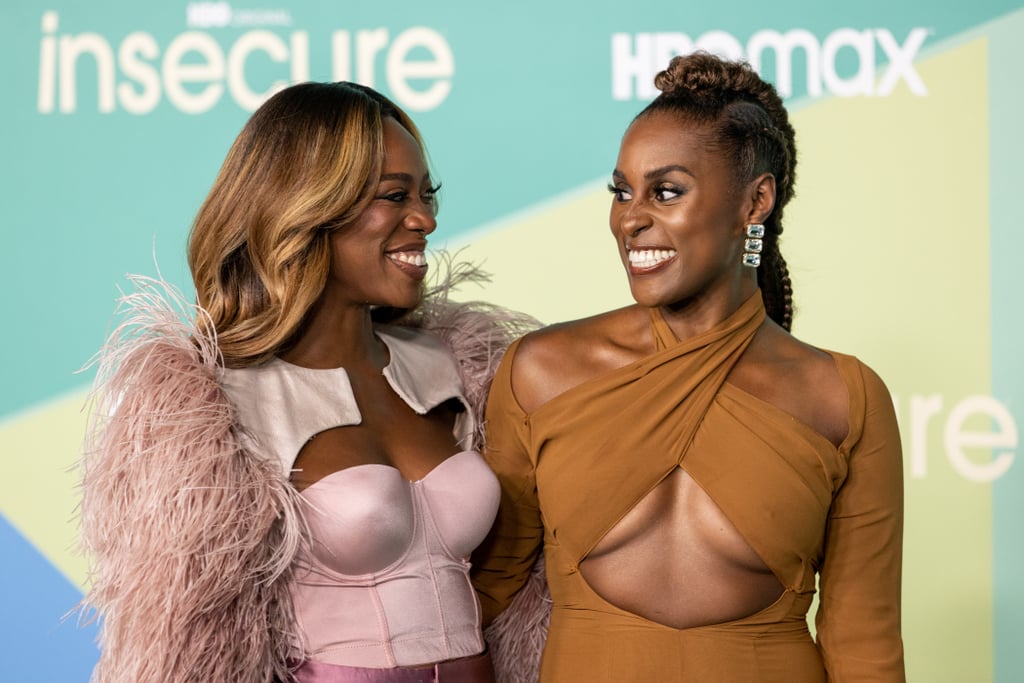 And on the seventh day, God said, "Let there be Issa Rae and Yvonne Orji." The Insecure stars are truly a gift to this Earth, showing us what true friendship is all about, both when they're in character as Issa Dee and Molly Carter (in seasons one through three, at least) and when the cameras stop rolling. Sometimes you never really know if actors who play BFFs on a TV show are actually close in real life, but in the case of Issa and Yvonne, I'm delighted to report that they absolutely are.

Their IRL relationship dates back to 2012, when Yvonne moved to Los Angeles and first began crossing paths with Issa at various events around town. "We were just two Black girls in LA who appreciated each other as content creators," Yvonne told Hot 97 during an interview back in 2017, noting that she was mostly doing standup comedy at the time. When Yvonne auditioned for Molly's role on Insecure, Issa decided to give her a chance, despite the fact that Yvonne had no agent or prior acting experience, because she was impressed by Yvonne's work on a series she produced called FirstGen.

Five seasons of Insecure later, Issa and Yvonne are practically sisters. "Issa's the dopest person in the world. We're the perfect ying to yang . . . she's an easy person to love," Yvonne gushed on Jemele Hill's podcast last year. Issa similarly commented on their bond during a recent interview, stating, "We've grown up on the show . . . we've grown to love each other. I'm definitely gonna miss watching Yvonne steal so much food from set even though she's rich." Hah! In honor of Yvonne and Issa's friendship, I'm taking a look back at all the footage of them doing what they do best: serving up serious friendship goals. Here's to hoping Issa and Molly patch things up and figure out their sh*t in the final season of Insecure, because we need more onscreen moments with these two.

Related:
Unlike the Show, the Insecure Cast Are All Actually Friends in Real Life
Previous Next Start Slideshow
Celebrity InstagramsInsecureIssa RaeYvonne OrjiCelebrity Friendships

Celebrity Instagrams
Ashley Tisdale's Daughter, Jupiter, Is the Special Guest at Her Reunion With Austin Butler
by Naledi Ushe 14 hours ago