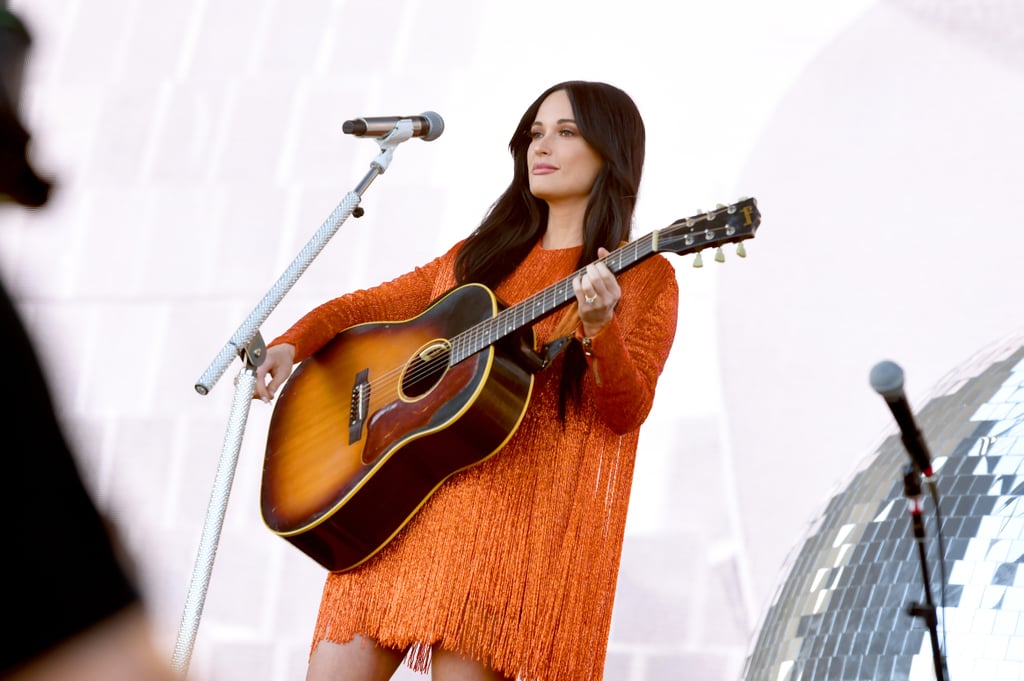 Kacey Musgraves Just Dropped the Best Ugly Christmas Sweater, So Can I Get a Yee-F*cking-Haw?

It was the yee-haw heard 'round the world. Er . . . not? Kacey Musgraves, yee-haw queen, loves a little bit of crowd involvement, but when she asked the crowd at this year's Coachella to yell "haw" after she says "yee," it went a little awry. She missed her "yee" but the crowd was still there for their "haw," to which she replied, "I didn't say f*cking yee!" Thus, Kacey's beautifully ugly Christmas sweater in her merch store was born.

Now all Kacey fans, and just anyone with good taste in general, can rock a festive custom knit sweater with this iconic phrase on it. The ugly sweaters are available for preorder in Kacey's online store now for $75, and we feel it's well worth the price, considering we plan to buy at least three. That way we can throw a Western-themed holiday party in which we only listen to A Very Kacey Christmas on vinyl while sipping on spiked eggnog.

Check out the Coachella moment ahead and then get to shopping. We feel pretty confident these sweaters are gonna go quick.