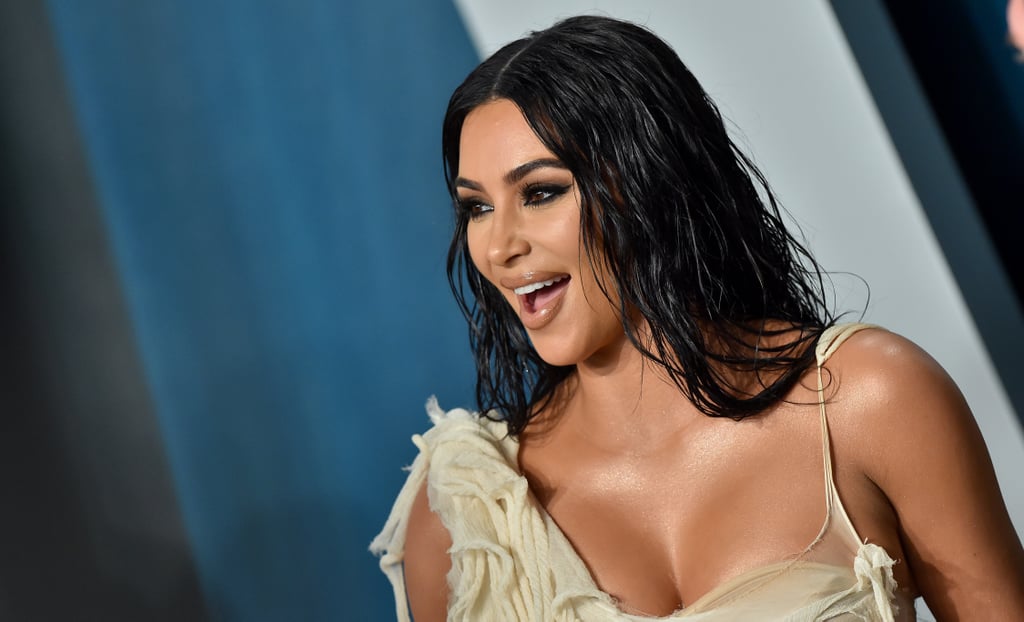 When it comes to excavating inside information on this year's dramatic Bachelor finale, aspiring lawyer Kim Kardashian is on the case. Like many others, Kim tuned in to ABC on Tuesday to see who Peter Weber would, and would not, end up with. Unlike most viewers, however, Kim also happens to have a direct line to omnipotent host Chris Harrison.

From the viewing party she attended, Kim shared a photo of herself FaceTiming Chris presumably moments after he finished taping the live "After the Final Rose" special. Though her caption asserted she was "getting all the tea," she unfortunately did not disclose said tea with her followers.

A few other funny tidbits we were able to glean about Kim's unexpected involvement in Bachelor Nation based on her Twitter: she loved Hannah Ann and, despite her own life serving as the basis for a sensational reality show, she too was shocked by the "twists and turns" of the season finale. See the shots from her viewing party — complete with three distinct, themed sheet cakes, by the way — ahead.

Related:
Chris Harrison Is the Real MVP of That Bachelor Finale, Because *Whew*
Previous Next Start Slideshow
The BachelorKim KardashianCelebrity InstagramsChris HarrisonTVCelebrity Twitter