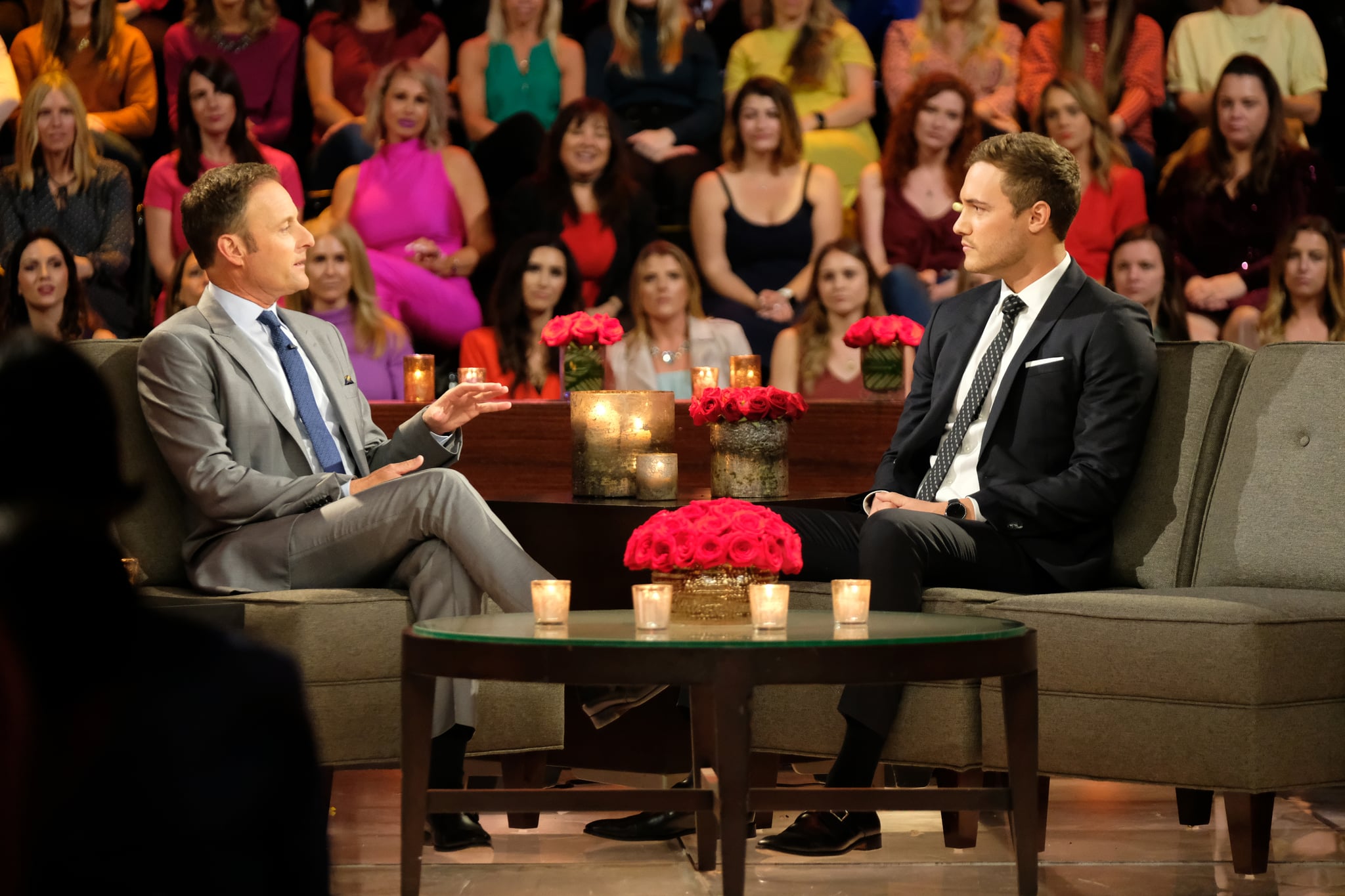 We were expecting high drama on The Bachelor season finale, but was anyone expecting this much? Peter Weber's season came to a controversial and emotional conclusion on Tuesday night, and we're breaking down everything that happened, from the final rose and beyond.

At the end of the first night of the two-part finale (and after a super-awkward visit with Peter's family), Madison told Peter that she simply didn't think they were compatible. Instead of dragging things out, she eliminated herself and walked away before the final rose ceremony. Peter still had his last date with Hannah Ann (who his family, especially his mother, loved), but instead of telling her that Madison had left already, he confided in her that his heart was still feeling torn.

As a result of this, Hannah Ann was feeling unsteady on the day of the final rose ceremony. What she didn't know was that Peter had, apparently, decided that all the Madison drama was for the best because he really wanted to marry Hannah Ann. He picked out a ring with Neil Lane and even video called Hannah Ann's dad to ask for her family's blessing to propose. Of course, it wouldn't be a Bachelor final rose ceremony without a touch of drama: Chris Harrison arrived to tell Peter that he wasn't sure Hannah Ann was going to show up at all. That was quickly resolved, though: Hannah Ann did arrive after all, and she accepted Peter's emotional proposal.

At first, everything seemed great when they got back from Australia. Peter visited his family to tell them that he picked Hannah Ann, and they were all thrilled — no one more so than his mom Barb, who had begged Peter to choose Hannah Ann in the infamous sobbing clip that's been promoted all season long. But as the live part of the show kicked in, Peter admitted that, even then, he had been having trouble with lingering feelings for Madison and their hastily ended relationship.

At some point after their engagement, Peter showed up to see Hannah Ann, and he pulled an Arie: he broke up with her and admitted he couldn't get past his feelings for Madison. Hannah Ann didn't take the news quietly, though. She called him out for acting like he was committed to her and for getting engaged while there was still doubt in his heart: "I'm sorry, but your words, you can't be true to them. So why would I hear you out anymore? I feel betrayed enough. You betrayed me. And you know it. See? That's all I need to hear. And I'll be able to move forward knowing that you've owned up to it. I'm going to get my life back on track now, where it originally was before. You know, I'm strong, and I've been my own rock throughout this, and you don't have to worry about me."

Hannah Ann wasn't done giving Peter a piece of her mind, though. When she arrived on the live part of the show, she confronted Peter for the first time since their broken engagement, reminding him of all the things he should have done differently in their relationship. Even more surprising: she revealed that, after they got engaged, he not only was still hung up on Madison, but still wanted to reach out to Hannah Brown for "closure" on that relationship!

"We've been through a lot together, and I should have really picked up on the first red flag you gave to me, was when you wanted to reach out to Hannah Brown to find closure with her. So really, looking back on it, our engagement involved three women: Me, you still being in love with Madison and proposing to me, and you needing closure with Hannah Brown. That's three women involved in our engagement that I was completely blindsided to. So word of advice: If you want to be with a woman, you need to become a real man." And with that, Hannah Ann ended her time on The Bachelor with her head held high.

Back on the live portion of the show, Chris reveals to Peter that he took a trip to Alabama to see Madison. We got to see how Chris talked to Madison, who admitted that she was emotionally a wreck after leaving Peter behind in Australia. She got visibly upset when he told her Peter got engaged, but he quickly added on the news that Peter had broken up with Hannah Ann and that it was because he still had feelings for Madison. Chris told Madison that he believed Peter's "dream" was to be with Madison.

Soon after that, Peter and Madison finally came face-to-face for the first time since their breakup, at some undisclosed poolside location. They talked about how they both made mistakes but were still in love with each other, but no decisions were made at that point and they didn't see each other again after that day. Of course, that meant that the live show would be the place for big confessions — and sure enough, Madison walked out to join Peter, where they revealed that they were still in love with each other and wanted to try to make things work.

That wasn't the end of the drama, though. When Peter's parents were asked about his ultimate choice, his mom didn't hold back: she criticized Madison for making them wait to meet her (and not apologizing for the delay) and explained that Hannah Ann, not Madison, was the one who was ready to embrace and join their family. Madison tried to defend herself and explained that she was just being true to herself, but the Webers weren't budging. "He's going to have to fail to succeed. That's it," Barb said, clearly still doubtful. "All his friends, all his family, everyone that knows him knows that it's not going to work. So we've been trying to help them. Would we want it to work? Yes."

That's where we leave Peter and his women, and it's definitely been one heck of a season! With so many ups and downs and unexpected twists, it's hard to imagine how the next season will top this one in terms of drama — but maybe it doesn't have to. Either way, we'll be ready to tune in again for Clare Crawley's season of The Bachelorette later this year!

TV
Director Sharmeen Obaid-Chinoy Wanted to Bring the "Anguish" of Partition to "Ms. Marvel"
by Victoria Edel 20 minutes ago